Mar 4, 2020 3:29 PM PHT
Agence France-Presse
Facebook Twitter Copy URL
Copied
'There's still stuff for us to get better at,' says Anthony Davis even as the Lakers move on the brink of clinching a playoff spot 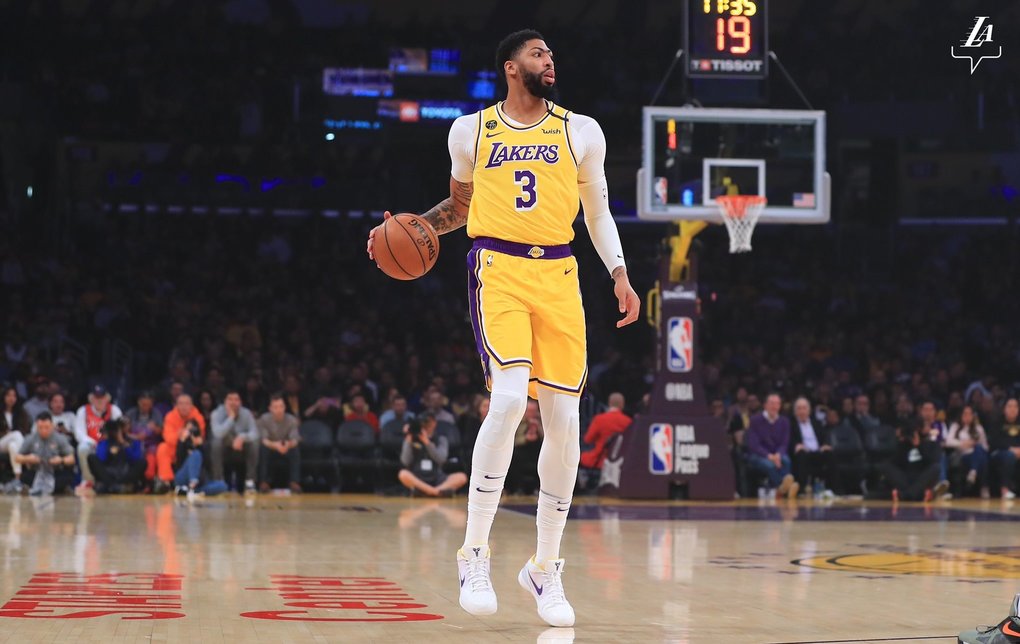 LOS ANGELES, USA – Anthony Davis produced a devastating burst of scoring as the Los Angeles Lakers came from behind to defeat the Philadelphia 76ers, 120-107, in the NBA on Tuesday, March 3 (Wednesday, March 4, Philippine time).

Davis led the Lakers scoring with 37 points at the Staples Center after the hosts recovered from a slow start to run out convincing winners.

The Sixers had led by 13 points at one stage in the 1st quarter but were reeled in by a relentless 2nd quarter onslaught from the Lakers.

The Lakers stretched the lead in the 3rd quarter before closing out the win in the 4th, LeBron James chipping in 22 points, 14 assists and 7 rebounds.

@AntDavis23 delivers an all-around performance in the @Lakers home W.

The win leaves the Lakers on the brink of clinching a playoff spot.

They lead the Western Conference with 47 wins against 13 defeats.

“We were terrible in the 1st quarter,” Davis said afterwards.

“We weren’t locked into our gameplan. We had to come back in the 2nd quarter and get it going. We can’t afford to rely on the offense as a buyout for our defense.”

But Davis said the Lakers were slowly building towards a playoff mindset as the regular season enters the home stretch.

He didn’t even step foot into the paint!