Magsayo to fight in US under MP Promotions 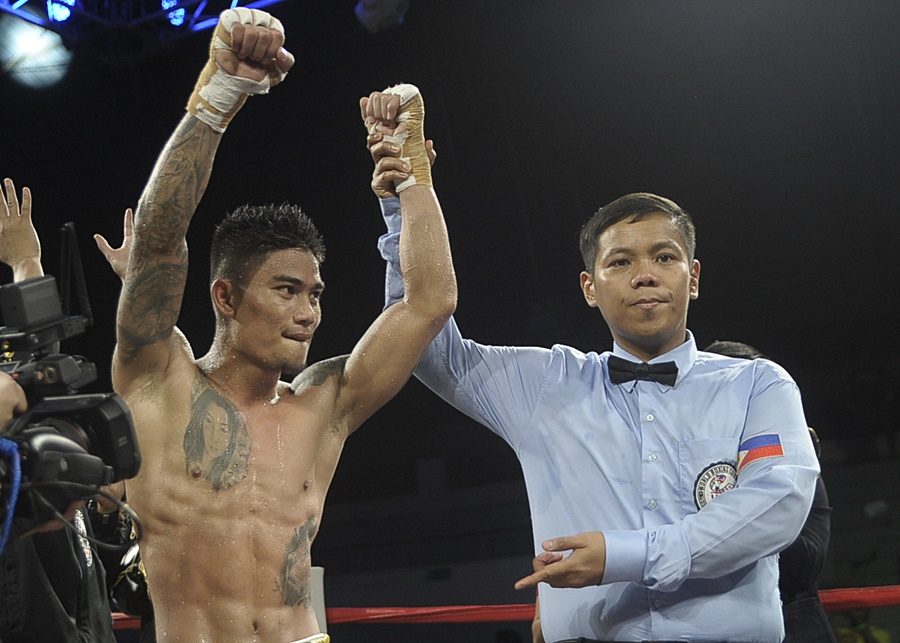 Facebook Twitter Copy URL
Copied
Manny Pacquiao says he sees himself in Mark Magsayo, who will fight in May in the US

The featherweight prime prospect gets to fight on May 16 in the United States as MP Promotions president Sean Gibbons intends to make him a world title contender in the shortest time possible.

“We have been watching Mark for a few years now, bounced around and his career was put on hold for various reasons,” said Gibbons in a press statement. “But he is home now with MP Promotions and we are thrilled for Mark and his wife Frances for signing with us.”

“We look forward to making Mark’s dreams of fighting in the US again and becoming a world champion come true.”

The deal, sealed Tuesday, March 10, with Senator Manny Pacquiao will allow the 24-year-old Magsayo (24-0, 14 knockouts) to show his stuff in the US under the banner of Premier Boxing Champions.

“I am very happy I am on the right path now. I will do my best and not waste this opportunity,” said Magsayo, whose progress in the world rankings got stalled in 2018 following a contract dispute with ALA Promotions.

He fought twice last year under Cameron Dunkin, knocking out Indonesian Erick Deztroyer in the 4th round on April 12 and beating former world champion Panya Uthok of Thailand on August 31 for the vacant WBC Asian Boxing Council featherweight crown.

Magsayo, who spent weeks training with Freddie Roach at the Wild Card Gym, is slated to appear against a yet to be disclosed opponent in the undercard of the Nordine Oubaali-Nonito Donaire battle for the WBC bantamweight belt.

According to Pacquiao, Magsayo resembles him in a way.

“He reminds me of myself, how we both struggled to come from nothing to world-rated contender,” said Pacquiao, boxing’s only eight-division world champion.

“I love his work ethic and desire to become a world champion and I will do everything to help promote Mark and make his dream a reality.”