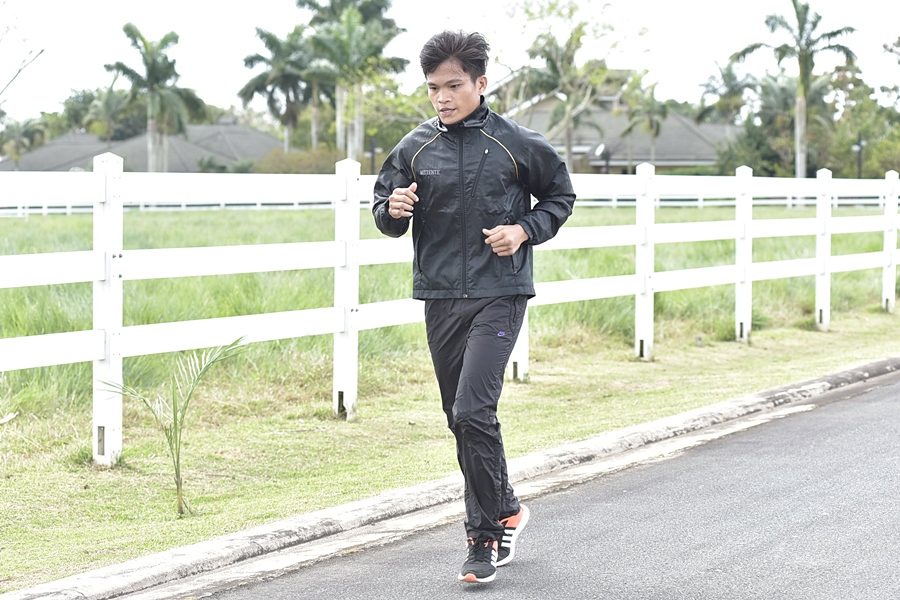 Facebook Twitter Copy URL
Copied
Due to the impending travel restrictions, Jerwin Ancajas heads to Manila instead of returning to his boxing camp in Cavite

The fight card Joven Promotions also set Saturday in Dipolog was canceled in consonance with the government’s call to avoid public gatherings.

Fortunately for Ancajas and Jimenez, they have concluded the first phase of training for Ancajas’ ninth title defense against Mexican Jonathan Javier Rodriguez at the rest house of Big Boss Cement president Gilbert S. Cruz on Friday.

Jimenez said they were forced to leave other members of Team Ancajas, including main sparring partners Daniel Lim and John Mark Alimane, behind in Dumaguete because of unavailability of seats back to Manila.

Due to the impending travel restrictions, Jimenez said they would stay in a condominium in Makati Instead of going back to Survival Camp in Magallanes, Cavite while waiting for their departure to the United States.

If the plan of MP (Manny Pacquiao) Promotions president Sean Gibbons holds true, Ancajas and Jimenez will leave for the United States either March 18 or March 20 to wrap up training for Rodriguez, who they consider as a dangerous contender.

According to Jimenez, Ancajas sparred for 8 rounds with different partners in order to be prepared for whatever style Rodriguez will employ in the ring on Saturday, April 11 (Sunday, April 12, Philippine time) at Cosmopolitan Resort and Casino in Las Vegas, Nevada.

As to Ancajas’ weight, Jimenez said it’s about 130 pounds, which is where dietitian Jeaneth Aro wants him to be with less than one month to go before their 12-rounder to be beamed over ESPN platforms.

Higher in caliber over his last two challengers – Japanese Ryuichi Funai and Chilean Miguel Gonzalez –who were both stopped in the 7th and 6th round, respectively.

In his last fight, Rodriguez, who was originally scheduled to tangle with Ancajas last November 2 but failed to get his visa on time to complete his medicals, rendered former world title challenger Felipe Orucuta comatose before making full recovery after two months.

Though he’s not looking past Rodriguez, Ancajas wants to win convincingly in order to have a crack against either Nicaraguan Roman Gonzalez, who wrested the World Boxing Association 115-pound crown from England’s Khalid Yafai via 9th round stoppage, or World Boxing Council titlist Juan Francisco Estrada of Mexico.

Both fights would merit juicy purses for the southpaw Ancajas, but first he needs to get Rodriguez out of the way. – Rappler.com