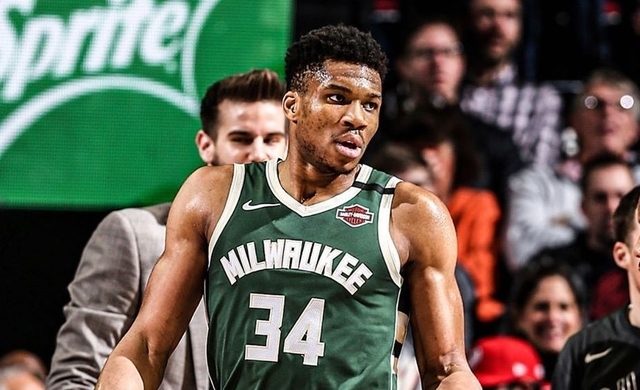 MANILA, Philippines – The coronavirus outbreak has forced NBA players to pursue other hobbies as they deal with the indefinite league suspension.

NBA stars such as Paul George, Luka Doncic, Ja Morant, and Trae Young have all resorted to gaming to avoid boredom.

In a video posted by his longtime partner Mariah Danae Riddlesprigger, the “Greek Freak” was seen playing the guitar plucking the notes of rock classic “Smoke on the Water” by Deep Purple.

“My new hobby,” Antetokounmpo said after struggling to finish the guitar riff.

This ladies and gentlemen is why we all need basketball back… @Giannis_An34  pic.twitter.com/9F4aJIOIiW

Antetokounmpo has made a strong case of defending his MVP award as he upped his averages from last season to 29.6 points and 13.7 rebounds on top of 5.8 assists, 1.0 blocks, and 1.0 steals.

With him in lethal form, the Milwaukee Bucks emerged as the winningest team in the NBA with a league-best 53-12 record.

By the time the NBA returns, Antetokounmpo probably could finish an entire song on the guitar. – Rappler.com