Hobbled by injuries, Ranidel de Ocampo to retire from PBA 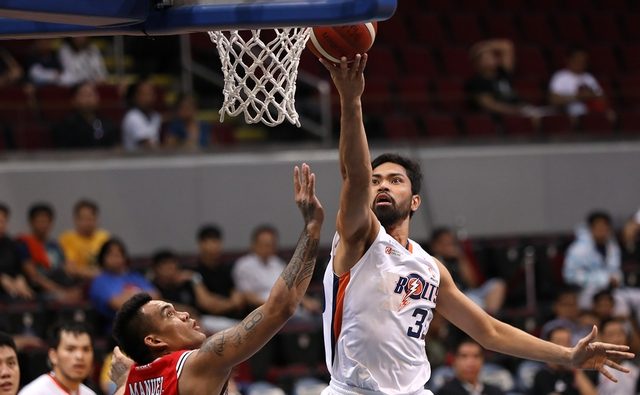 Facebook Twitter Copy URL
Copied
During his prime, Ranidel de Ocampo established himself as one of the finest forwards in the PBA and a key player for Gilas Pilipinas

MANILA, Philippines – Ranidel de Ocampo said he is retiring from the PBA, citing now is probably the time to walk away from the sport as nagging injuries continue to keep him away from the hardcourt.

The 38-year-old forward from Tanza, Cavite said his contract with Meralco expired last season and that he has contemplated of hanging up his jersey for good.

“Although I have not announced it yet, retirement is where I’m heading,” said De Ocampo in Filipino on the 2OT online show of PBA game commentators Carlo Pamintuan and Magoo Marjon.

“Goodbye, basketball. Basketball has been my life ever since I was 14 years old. Maybe it’s time to end my days as a player. I’ll chart a different path.”

During his prime, De Ocampo established himself as one of the finest forwards in the PBA with TNT, winning 6 titles, earning 3 First Mythical Team nods, and nailing a Best Player of the Conference plum.

His versatile play came in handy for Gilas Pilipinas, which he helped steer to a silver-medal finish in the 2013 FIBA Asia Championship and a historic win in the 2014 FIBA World Cup in Spain.

De Ocampo, who was drafted No. 4 overall in 2004, was traded to Meralco in 2017 and was never the same since, suffering injuries that sidelined him for long periods of time over the last two seasons.

Although admittedly not ready to retire, De Ocampo said he is wary to sign with a team knowing he might not be able to play due to his fitness.

“It’s hard to gamble on someone like me who gets injured often. It’s embarrassing to sign a contract and not live up to their expectations.”

De Ocampo said he will make a proper announcement regarding what he plans for his basketball career, but added he will always be around the sport.

“Anytime basketball needs me, I’ll be here,” he said.

The PBA has suspended its season due to the coronavirus crisis in the country and might reduce its number of conferences from 3 to 2, or even 1. – Rappler.com