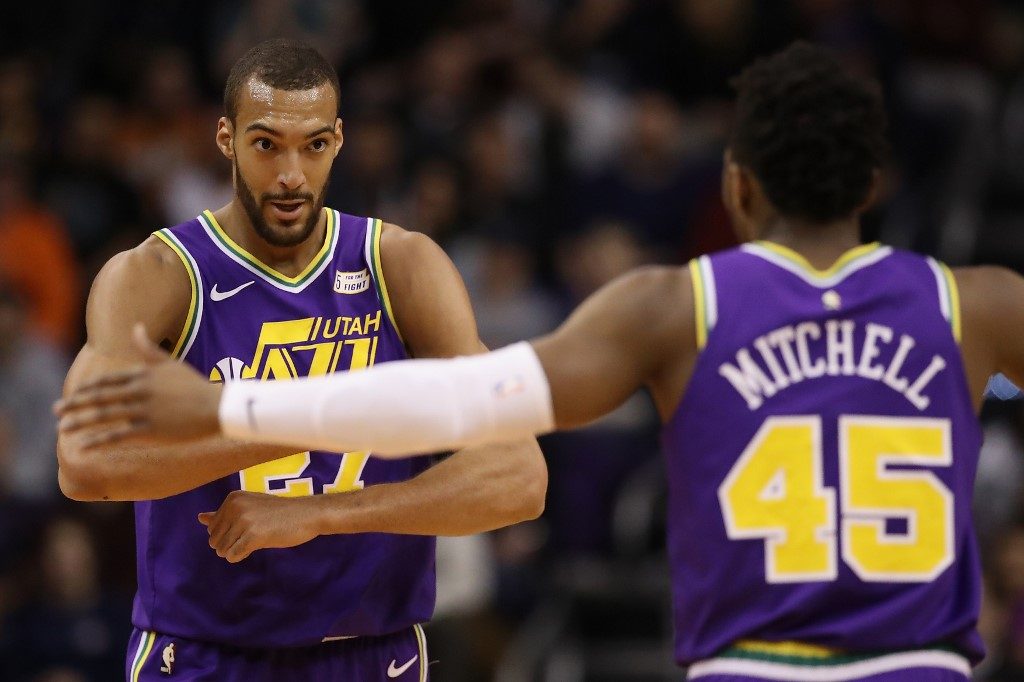 According to reports, Mitchell has been frustrated and distant to Gobert, who already apologized for his careless behavior. (READ: Gobert apologizes for ’embarrassing, inexcusable’ virus gaffe)

“Nobody really has a perfect relationship, teammates aside or whatever relationship you are in,” Conley said in a recent online interview.

“Some of the best players in the world, in our game ever, have disagreed on things or had arguments or even fought in practices, whatever it may be, and have went on to win championships and be successful and be brothers for life.”

A tweet from NBA Insider Adrian Wojnarowski also revealed that the big man had been careless inside the locker room, touching the belongings of his teammates

Still, the veteran point guard believes that the two superstars can handle their situation without affecting their quest to win it all.

“Between Donovan and Rudy, if they feel a certain way about each other – which I honestly don’t think that’s the case at all – they’re grown men and they’ll handle it and they’ll go out there and compete and try to win, night in and night out,” Conley said.

“I’m just comfortable to know that we have two pros who go out there and work everyday and care about the team and they’ll just gonna do what they gonna do to win.”

Conley also described the situation inside the locker room during their matchup against Oklahoma City where they received the news about Gobert’s situation.

“Being on the frontline, it was a little bit more surreal and more scary,” said Conley.

“At the time you were just like ‘Oh man, we take this test, hopefully everything is good.’ You’re nervous and a little bit afraid because you don’t know what to expect from it coming out.

“Just looking back at it, it was just like something you would see in a movie. Like how the NBA got shutdown just like that overnight and we’re kinda in the front edge of it.”

And despite his achievement during the layoff, the Jazz guard still hopes that the NBA season will resume.

“I think all of us are just staying as optimistic as possible,” Conley said.

“Nobody’s throwing the towel or going on vacation thinking this is it and play again next season. We’re still locked in that they can end this season and we’ll continue.” – Rappler.com