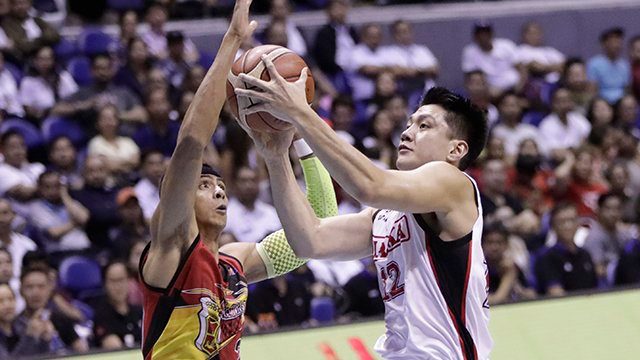 Facebook Twitter Copy URL
Copied
'Alaska is eager for the season to resume and will be ready for battle,' the franchise clarifies in a statement

PBA commissioner Willie Marcial said Alaska will stay, despite rumors the storied franchise will leave the league after more than 3 decades.

“I do not know where the rumors come from but I have been hearing that Alaska will leave the PBA for 7 years and it has not happened,” Marcial said in Filipino during the Philippine Sportswriters Association Forum.

“To my knowledge and when I talk to governor Dickie Bachman, Alaska will not leave the PBA,” Marcial said.

Joining the PBA in 1986, Alaska established itself as one of the most successful franchises in league history.

Alaska captured its first championship 5 years after entering the league and dominated the 1990s, highlighted with a rare Grand Slam in 1996.

So far, Alaska has collected 14 titles in PBA, tied for second place with Magnolia in number of championships won by a franchise.

Probably the reason behind the exit rumors surrounding Alaska was its dip in performance in previous seasons as it last ruled the PBA in 2013.

But Alaska clarified it will remain in the PBA.

“Alaska is eager for the season to resume and will be ready for battle,” the franchise said in a statement.

“More importantly, Alaska is staying the course to show that our team will always contribute to the welfare of the league and be part of the good to make a better world through our passion for basketball.” – Rappler.com