Jul 2, 2020 1:16 PM PHT
Agence France-Presse
Facebook Twitter Copy URL
Copied
'I feel like… this is gonna be the toughest championship you could ever win because the circumstances are really, really tough right now,' says reigning MVP Giannis Antetokounmpo 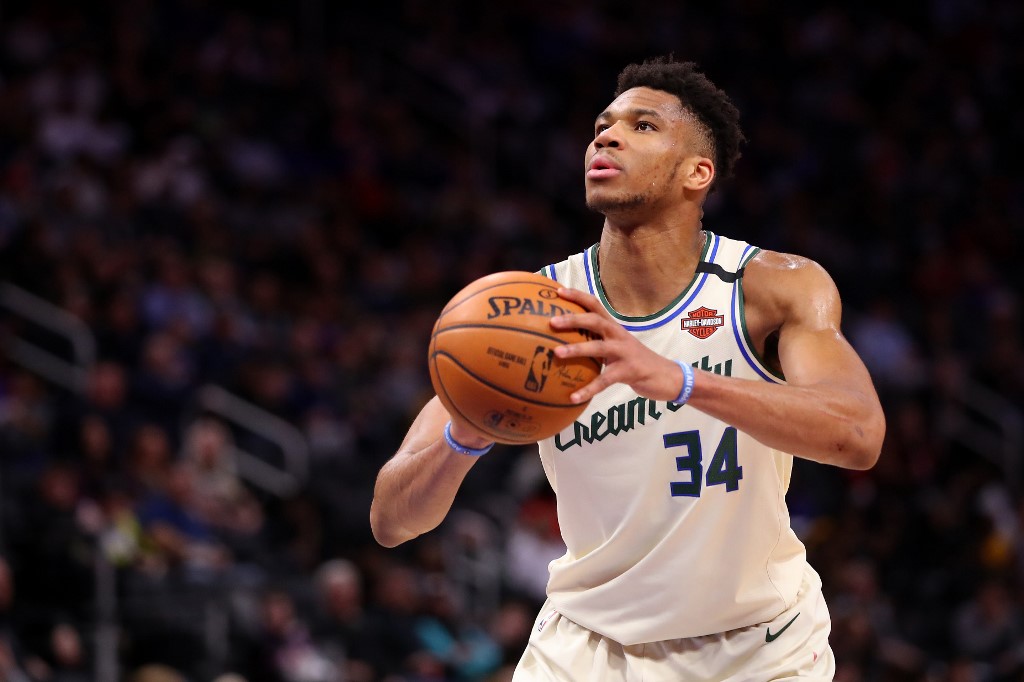 LOS ANGELES, USA – Milwaukee Bucks star Giannis Antetokounmpo believes winning this season’s NBA crown will be harder than ever, dismissing suggestions a championship victory will be diminished by the coronavirus shutdown.

As 22 teams prepare to head for Orlando for the NBA’s restart on July 30, some critics have argued that the four-month pandemic shutdown means there will forever be an asterisk against the eventual winners.

Antetokounmpo, however, is in the opposite camp insisting that the unique circumstances of the campaign make it the “toughest” NBA championship in history to claim.

“I feel like a lot of people say that there’s gonna be a star next to this championship,” reigning NBA MVP Antetokounmpo said on a conference call according to ESPN.

“I feel like, at the end of the day, this is gonna be the toughest championship you could ever win because the circumstances are really, really tough right now. So, whoever wants it more is going to be able to go out there and take it.”

NBA teams playing in Orlando will be kept in a “bubble” at Disney World for the remainder of the season, with limited family contact during this time, according to reports.

Antetokounmpo believes that will only add to the challenge over the final months of the season.

“I feel like, as I said before, this is the toughest title,” Antetokounmpo said. “Obviously, you go somewhere without your family for 4 months, 3 months, and you haven’t played basketball for 3 1/2, 4 months.

“Obviously, whoever team wants it more, has gotta be mentally prepared for all the situations and gotta go out there and execute.

“Whoever wants it more, whoever is mentally prepared for all this, what’s going on in Orlando, that’s the team that’s gonna come out on top.”

Antetokounmpo meanwhile is unfazed by the escalating coronavirus situation in Florida, where cases have skyrocketed in the weeks since the NBA confirmed its return to action.

“Everybody has concerns about their health,” he said. “Nobody wants to put themselves in risk out there, but at the end of the day, that’s what the NBA chose, and we’re gonna resume the games, and we’ve all gotta do our job.

“And my job is to play basketball and go out there and support my teammates, and represent the city. But for sure, I think me, my teammates, my family – especially my mom – everybody has concerns about our health, and my health.”

The Bucks head into the restart as the favorites to reach the NBA Finals from the Eastern Conference. The Bucks led the East by 6.5 games when the season was halted in March, with a record of 53 wins and only 12 losses. – Rappler.com