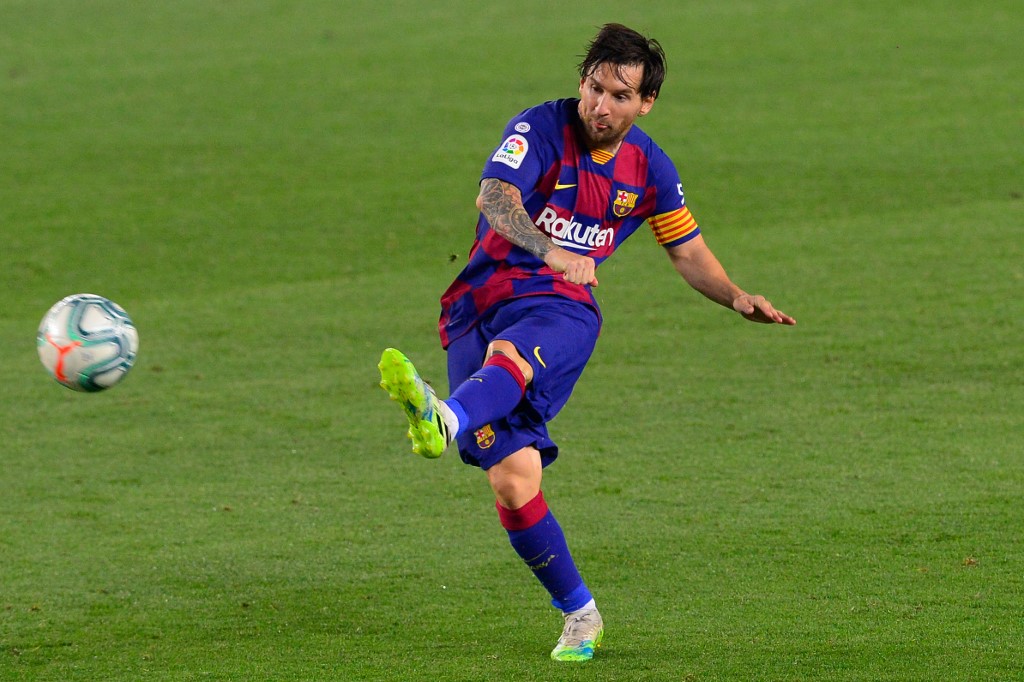 PARIS, France – Barcelona and Bayern Munich will meet in a blockbuster Champions League quarterfinal should both sides make it through, after Friday’s draw for the latter stages of the competition which will be played out in Lisbon in August following a long suspension because of the coronavirus.

Barca and Bayern, who have each won 5 European Cups, are hoping to be among the 8 teams who will head to the Portuguese capital for a ‘Final Eight’ mini tournament behind closed doors, with the final on August 23 at Benfica’s Estadio da Luz.

Bayern, who won their eighth straight German Bundesliga title last month, already has one foot in the quarterfinals having won 3-0 away to Chelsea in the first leg of their last 16 tie in March, while Barcelona has more work to do after a 1-1 draw with Napoli in the first leg in Italy.

“We all know what’s happened, but football is back now and we’re up for the Champions League campaign,” Guillermo Amor, Barcelona’s director of institutional relations, told UEFA.com.

“We’ve got a final to play against Napoli and we’re fully focused on ending the season the best way we can.”

Meanwhile, if Manchester City can finish the job in their last 16 tie against record 13-time European champions Real Madrid, Pep Guardiola’s team will go on to a quarterfinal against either Juventus or Lyon.

City won 2-1 in Madrid in the first leg in March and are well placed to advance to the mini tournament in Lisbon in what could be their last chance to win the coveted trophy for a while – they are due to be banned from the Champions League for the next two seasons for breaches of Financial Fair Play rules, pending the outcome of an appeal to the Court of Arbitration for Sport.

Juventus must overturn a 1-0 deficit from the first leg of their last-16 tie against Lyon. Postponed in March as the pandemic took over, all remaining last 16 second legs are due to be played on August 7 and 8.

The winners will advance to the Final Eight, which will be held as a unique straight knockout tournament in Lisbon due to the difficulties caused by the coronavirus.

The draw threw up the possibility of a Clasico semifinal, with Barcelona and Madrid on a collision course to meet in the last four should both make it that far.

A new face in the final?

The other side of the draw is clearer. First-time quarterfinalists RB Leipzig of Germany will meet Atletico Madrid, runners-up to city rivals Real the last time the Champions League final was played in Lisbon in 2014. Atletico knocked out holders Liverpool in the last 16.

The winners of the Leipzig v Atletico quarterfinal will face either Paris Saint-Germain or Atalanta in the last four. None of those teams have ever won the trophy, and only Atletico have been to the final before.

“It is a difficult draw. Atalanta are a team who love to attack and score lots of goals,” said PSG coach Thomas Tuchel. “We still have a good few weeks to prepare. It’s exciting.”

The quarterfinals will be played between August 12 and 15 in the Portuguese capital, with matches shared between the Estadio da Luz and Sporting’s Estadio Jose Alvalade. The semifinals are scheduled for August 18 and 19.

All games are set to be played without spectators after UEFA confirmed on Thursday that “matches should take place behind closed doors until further notice” because of the uncertain health situation around Europe.

The situation in Lisbon itself is particularly concerning, with lockdown restrictions reimposed last week on 19 neighbourhoods across the northern periphery of the city as virus cases increase at a worrying rate.

However, UEFA president Aleksander Ceferin has dismissed fears that an alternative plan to complete the tournament may be required, saying last week “there is no need for a Plan B.”

This season’s final was initially supposed to be played in Istanbul in late May before the COVID-19 crisis took hold. The Turkish city will now host the 2021 final instead. – Rappler.com