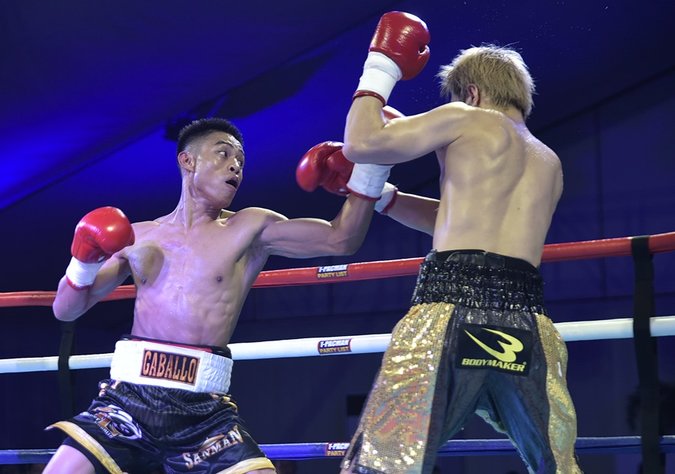 On Saturday, August 1 (Sunday, August 2, Philippine time), the unbeaten Filipino prospect and the former world champion from Dominican Republic will share the ring again when they tangle for the World Boxing Association interim bantamweight crown at a yet to be announced venue in Connecticut.

For Gaballo, it is the big step toward stardom. For Payano, it is a must-win fight to stay relevant.

At 23, Gaballo owns as many wins as his age with 20 knockouts. The pride of General Santos City has stopped his last 4 opponents and another victory will give him a world title crack, according to Sanman Promotions top honcho JC Manangquil.

“This (fight) will be his (Gaballo’s) measuring stick. It will determine how far he can go,” said Manangquil.

At 36, Payano – dubbed ‘Baby Pacquiao’ early in his career – wants to rebound from a 9th round knockout loss against Luis Nery last July 20 and raise his 21-3 record, all losses coming in the last 4 years.

What really besmirched Payano’s career, however, is his 70-second knockout loss to Naoya Inoue in Yokohama, Japan, on October 7, 2018.

Even with the slide, Gaballo shouldn’t  take Payano lightly. Payano, after all, rose from a 3rd round knockdown to beat his  stablemate, Mike Plania, on March 23, 2018.

Plania, who stunned world title contender Joshua Greer Jr on June 16 in Las Vegas, arrived in GenSan on Thursday from Cebu City, where he got quarantined and took a swab test upon arrival from Miami, where he had been based along with other Sanman fighters. – Rappler.com