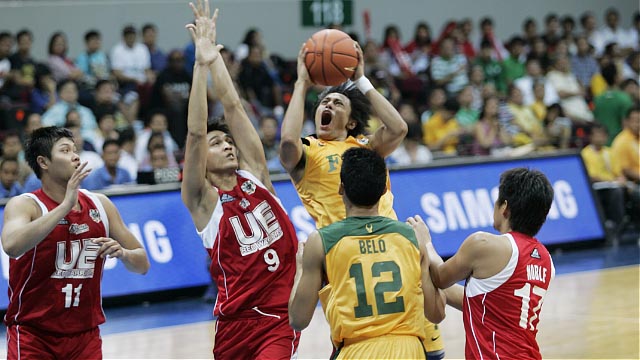 MANILA, Philippines — Far Eastern University cruised to its 3rd straight win after demolishing hapless University of the Philippines, 75-57, in the 76th UAAP men’s basketball tournament at the Mall of Asia Arena on Sunday, July 7.

Spitfire Tamaraw guards Terrence Romeo and RR Garcia combined for 35 points as the Morayta 5 kept their record unblemished early in the tourney.

FEU relied on defense as they held the Fighting Maroons to a measly 21 points in the first two quarters, before Romeo torched UP further by piling on point after point.

Romeo finished with 20 points — 7 in the final canto — while also hauling down 12 rebounds.

After being down by as much as 29 markers, the Maroons rallied late to trim it to 12, but Romeo drilled a triple and a jumper to restore order and stop UP’s flurry.

Garcia added 15 points and 7 rebounds for the Tamaraws, who started Season 75 with a 4-0 record but sputtered in the second round to miss the Final 4.

Meanwhile, Raul Soyud and Cris Ball paced the Maroons with 10 and 9 points, respectively, as gunner Sam Marata was held to a season-low 4 markers. – Rappler.com