One long rally: A history of tennis in the Philippines 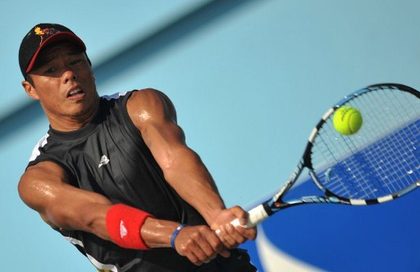 MANILA, Philippines – Filipino culture is a showcase of diversity, from food to language to dress.

Aside from our own culture, our contact with other countries and colonizers have enriched our lifestyle — including sports.

In almost every part of our history, a new sport or activity is introduced to us. One such sport is tennis.

During the American colonial period from 1902 to 1936, education was one of the main areas that the Americans focused on. To do this, 500 American school teachers – known as the Thomasites — were sent to the Philippines in August 1901 to teach the Filipino population.

The Thomasites brought Western-style education and culture. Aside from the basic academic subjects, lessons included sports such as basketball, baseball, athletics, and tennis in their curriculum. At some point, playing tennis was a requirement for schools.

In addition to what was taught in the schools, tennis was hyped up by the first US Governor-General, Dwight Davis, who happened to be a champion in the sport. His enthusiasm for tennis was evident –- and at some point, biased –- in the development of sports in the country.

The Philippines started participating in the Davis Cup (named after the governor-general no less) in 1926, the first country in Southeast Asia to do so.

Filipinos have been playing tennis since 1913, and the sport has gained much attention and advancement ever since.

Tennis is one sport that gains a lot of attention in the international setting. Some of the major tennis tournaments abroad are the Davis Cup, Fed Cup, Hopman Cup, Australian Open, French Open, US Open, Wimbledon and most importantly, the Olympics. The sport is governed by the International Tennis Federation (ITF).

The annual Palarong Pambansa also holds tennis as one of its events for both elementary and secondary schools.

Filipinos for the past decades have proven their excellence in this sport, getting 3 gold medals for tennis in the Asian Games and numerous awards from different international tournaments.

Who can forget Felicisimo Ampon, who was considered as the best pound per pound tennis player in the world? Or Raymond Deyro, who bagged gold medals in various Asian tournaments?

The list goes on from the past until the present. We have Eddie Cruz, Alfredo Diy, Jeson Patrombon and Anthony Ilagan, to name a few.

Expect more Filipinos to bring pride to the Philippines through tennis in the coming years. – Rappler.com