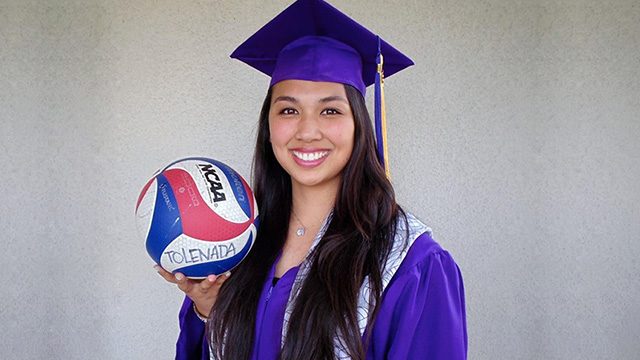 MANILA, Philippines – San Francisco State product Iris Tolenada is set to become a franchise cornerstone for new Philippine Superliga team Philips Gold after they selected her with the first overall pick of the 2015 PSL Draft on Thursday, March 12, at the SM Aura mall in Taguig City.

Tolenada, a 23-year-old Filipino-American setter, was the first ever player out of San Francisco State University to win the MVP award of the California Collegiate Athletic Association. The 5-foot-8 talent also finished fourth in the CCAA with an average of 10.77 assists per set in 2011, according to the university’s official website, and was the school’s female athlete of the year for the 2012-2013 season.

Tolenada, who will be mentored by UE volleyball team head coach Francis Vicente, will join a club that already has notable homegrown volleyball talents in former DLSU star Michelle Gumabao and current UE standout Leuseht Dawis. Young NU stars Myla Pablo and Desiree Dadang – the latter a second-round draft choice by the team – will also be part of the squad.