IN PHOTOS: Manny Pacquiao sweats it out in training camp MANILA, Philippines – Manny Pacquiao is a little over a month from fight night as he prepares for his May 2 showdown with Floyd Mayweather Jr at the MGM Grand in Las Vegas.

Pacquiao (57-5-2, 38 knockouts) is deep in training camp at the Wild Card Gym in Las Vegas alongside trainer Freddie Roach and strength and conditioning coach Justin Fortune. The 36-year-old from General Santos City, Philippines has won world titles in a record 8 divisions but is a solid underdog against the 38-year-old Mayweather (47-0, 26 KOs) of Las Vegas, Nevada.

Take a look at Pacquiao’s preparations in these photos by Top Rank’s Chris Farina. 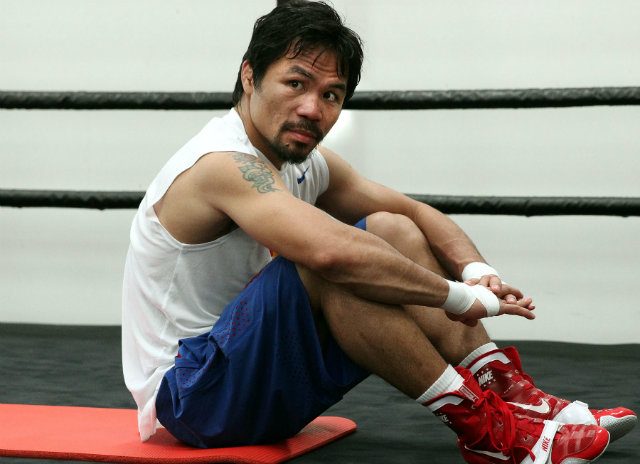