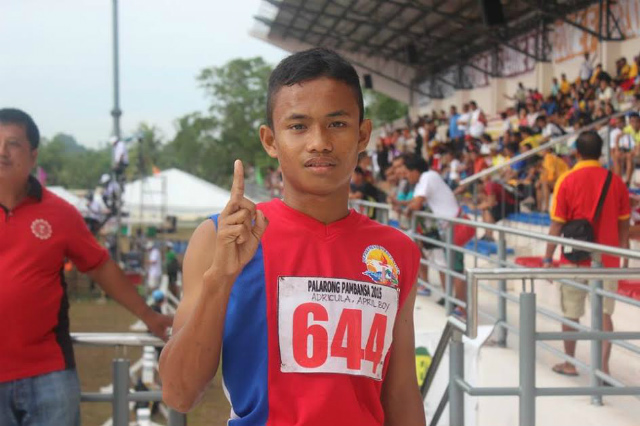 Adricula and Fabricante were even through the first 7 hurdles before the 13-year-old Bicolano pulled away to victory with a tally of 17.52 seconds – an improvement from his 4th place finish during the 2014 Palaro in Laguna.

Fabricante settled for second place as he ended with a tally of 17.60 seconds.

(I’m happy I won. I can help my parents with the money I will get for winning.)

(I really persevered to win, and with the help of the people around me, I will bring home a gold to my province.)

The grade 5 student from Sogod Elementary School failed to net a medal in his first two events, the Triple Jump and 4×100 meter Relay.

Despite the first two defeats, Adricula never thought of withdrawing and went on to conquer one of his dreams: to be a Palaro champ.

(My family serves as my inspiration, and with the help of God, I achieved this victory.)

The Bicolano runner will be competing in the 4×400 meter Relay in hopes of winning another gold medal for his region.

Rico Jay Lacson, another runner from the Bicol Region, also edged National Capital Region’s Kharl Berjuela to win the bronze in the same event within 17.90 seconds.