What you need to know

Gilas Pilipinas restarts its bid for a coveted spot in the 2021 FIBA Asia Cup as it returns to action in the second window of the qualifiers in a bubble setting in Manama, Bahrain.

Bookmark and refresh this page for game results and tournament updates about the national team this November.

What’s next for Gilas Pilipinas? 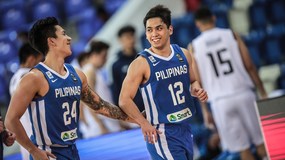 What do you think of the youth-laden Gilas squad? 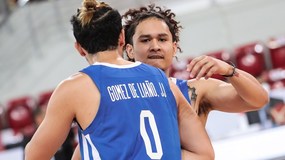 Despite fielding a team with no PBA players, the Philippines swept Thailand in the second window of the qualifiers to hike its record to 3-0 for solo top spot in Group A.

"Even with the challenges the situation presented, you gave no excuses and gave us two performances that the entire country is proud of," Panlilio said.

"Having young players come together at such a short time and still perform tremendously gives me so much excitement for what the future holds for Philippine basketball."

"You played great team basketball, with sportsmanship, and with poise beyond your years as you showed the best that Philippine basketball has to offer," Panlilio added.

Gilas Pilipinas will assess the severity of the ankle injury Matt Nieto sustained in their 93-69 demolition of Thailand in the second window of the FIBA Asia Cup 2021 Qualifiers.

Nieto left the court in the third quarter after rolling his ankle during a drive attempt and sat out the game the rest of the way. 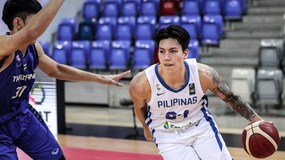 Gilas Pilipinas swept Thailand in the second window of the FIBA Asia Cup 2021 Qualifiers with a 93-69 thrashing in their second encounter in Manama, Bahrain on Monday, November 30.

Brothers Javi and Juan Gomez de Liaño showed the way with 19 and 14 points, respectively, as the Philippines demolished Thailand by an average of 28.0 points in their two-game series.

The Philippines grabbed solo lead in Group A with a perfect 3-0 card, while Thailand wrapped up the second window still winless with a 0-4 record.

Starting point guard Matt Nieto left the court after hurting his ankle, but his exit did not prevent Gilas Pilipinas from dominating Thailand, 75-52, with a quarter left to play.

Nieto writhed in pain on the floor after hurting his ankle during a drive attempt in the middle of the third quarter – an accident Thailand capitalized on to cut its deficit to 14 points, 50-64.

But brothers Juan and Javi Gomez de Liaño connived and sparked an 11-2 run the Philippines used to go into the final quarter with a 23-point lead.

Oftana, who did not play in the Philippines' first game against Thailand, flaunted his outside sniping after going 3-of-4 from three-point distance.

The former NCAA MVP also added 3 rebounds, 3 assists, and 1 steal in nearly 9 minutes of play – all logged in the second period.