FAST FACTS: What you should know about Benham Rise

Mar 18, 2017 10:15 AM PHT
Katerina Francisco
Facebook Twitter Copy URL
Copied
The Philippines 13-million-hectare territory near Aurora is considered part of the country's extended continental shelf, but is not part of the PH national territory 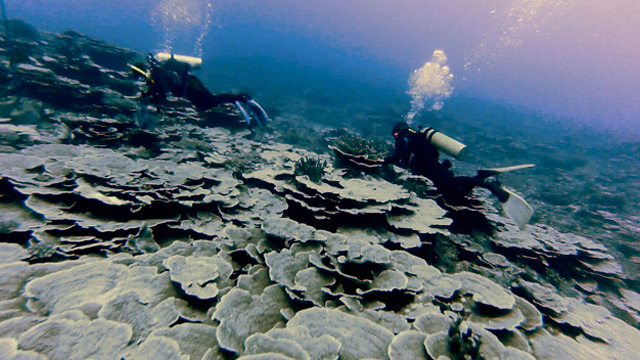 MANILA, Philippines – What is Benham Rise, and who owns it?

The subject has come up in recent days, after the Philippines’ defense department revealed that China has shown interest in the territory located off Aurora province, with a Chinese ship spotted surveying the area for as long as 3 months last year.

Asked about this, President Rodrigo Duterte seemed to confuse the issue with the Philippines’ dispute with China over the West Philippine Sea (South China Sea).

But Benham Rise, located in the Philippines’ eastern border and far away from the West Philippine Sea, is not disputed territory. Unlike Scarborough Shoal, no other country is claiming the underwater plateau believed to be rich in minerals and gas.

Benham Rise is a 13-million-hectare underwater plateau located near Aurora. It is larger than Luzon, the Philippines’ biggest island, and is considered part of the Philippines’ continental shelf.

According to marine law expert Jay Batongbacal, Benham Rise is potentially a rich source of natural gas and other resources such as heavy metals. It is about 2,000 to 5,000 meters deep, but remains largely unexplored. (READ: Filipinos conquer new territory: Benham Rise)

In 2012, the United Nations Commission on the Limits of the Contintental Shelf (UNCLCS) confirmed Benham Rise as part of the Philippines’ continental shelf. Under the UN Convention on the Law of the Sea (UNCLOS), the continental shelf comprises the seabed and subsoil of the submarine areas 200 nautical miles (NM), or 370 kilometers, from a state’s baselines or “edges.”

It was the country’s first successful validated claim under UNCLOS.

An important distinction to note is that the Philippines has “sovereign rights” over Benham Rise, but it does not have sovereignty over it. Because of this, Benham Rise cannot be considered part of Philippine national territory, according to Supreme Court Senior Associate Justice Antonio Carpio.

Under international law, a state exercises sovereignty over its land territory and 12 NM territorial sea. Beyond it, and up to 200 NM from its baselines, the state has “sovereign rights” – less than sovereignty, but exclusive and superior to the rights of all other states.

The Philippines has the sovereign right to explore and exploit the oil, gas and other mineral resources in Benham Rise as part of its extended continental shelf (ECS).

Carpio explained that other countries, like China, have the right to conduct certain activities in Benham Rise such as:

“If the Chinese vessels were looking for submarine passages and parking spaces, that would be part of freedom of navigation and the Philippines has no reason to complain,” Carpio said.

But if the Chinese vessels spotted plying the area were conducting seismic activities to look for resources, Carpio said they would be in violation of UNCLOS because only the Philippines has exclusive rights to explore and develop resources there.

China earlier said the Philippines cannot claim Benham Rise as part of its own territory.

Asked about this in a press conference, Duterte said he understood why China would question the Philippine’s claim over Benham Rise.

“Because they are claiming it, so I can understand. You cannot also claim that because I’m claiming it. But let us not fight about ownership or sovereignty at this time. Things are going great for my country,” Duterte said.

While China confirmed that survey ships passed through the area in 2016, it claims that the vessels were exercising innocent passage.

Philippine Defense Secretary Delfin Lorenzana, however, said the activities of the Chinese ship spotted in the area belied this.

Lorenzana said the Philippines will increase patrols in the area and may even build structures in Benham Rise. – Rappler.com