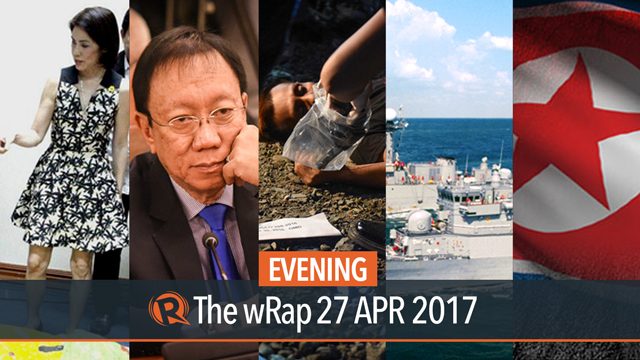 Environment Secretary Gina Lopez says her department is banning ‘prospective open-pit mines.’ Solicitor General Jose Calida says the deal between Tadeco and Bucor is illegal and must be voided. Philippine human rights lawyers ask the Supreme Court to issue a new writ in a bid to prevent extrajudicial killings in police operations. The Philippines will acquire one of the decommissioned Pohang-class corvettes of the South Korean Navy. The United States vows  to step up sanctions against North Korea over nuclear program.