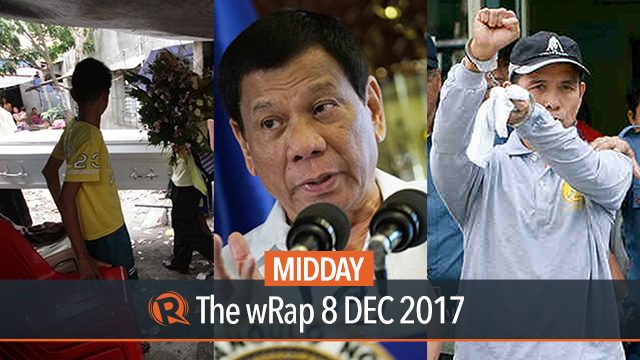 The Justice Department cancels the bail of 9 National Democratic Front consultants. President Rodrigo Duterte says Manila will be a ‘dead’ city in 25 years. Presidential Spokesman Harry Roque says the Philippines will ‘reassess’ its commitment to to the International Criminal Court if it violates the principle of ‘complementarity’ enshrined in its founding treaty.