[OPINION] In defense of Jim Paredes 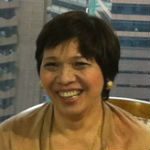 Among the results of a 2018 study that included data from more than 13,000 respondents aged 18 to 74 across 18 countries are the following:

Finally, how can Jim Paredes be accused of lacking in discretion or respect for sex when he had nothing to do with uploading this video in the first place?

In fact, if I had a chance to talk to Jim Paredes, these would be some of the things I might say to him:

Thank you, Mr Paredes, for all the joy and inspiration you have brought into my life (and those of many others) with your music, your writing, and your inimitable way of presenting yourself to the world.

Thank you for showing us that it is not enough to sit on the sidelines if you feel your country is going to pot. One should go out and do one’s bit.  Do it because, especially in this day and age, the personal is political and the political, personal.

Please stay the course and continue to fight with us?  It is only because you are one of the more credible and thus effective supporters of the opposition that  “the other side” bothered to look for, upload,  and comment on this video. It is a mere distraction.

Finally, you have always been and one of my idols. You still are, btw. If anything, I look up to you even more after all this brouhaha.

Mabuhay po kayo, Mr Paredes. May more Filipinos be as courageous and honest, with as keen a sense of duty, music, and magic as you. – Rappler.com