The relevance of the EDSA People Power Revolution, 31 years later 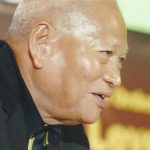 Facebook Twitter Copy URL
Copied
The 1986 People Power revolution was not merely a people’s collective exertion against a tyrannical regime. More importantly, it was a people’s war to recover their dignity and freedom ensuring that as life comes from God, only God can take away.

These remarks were delivered at a forum on the EDSA People Power Revolution at the School of Economics, University of the Philippines, Diliman, on February 24, 2017.

With your permission, I will begin from the beginning.

I was trained as a professional soldier at the Philippine Military Academy (PMA) beginning in 1952, or 75 years ago.

I left the portals of the PMA with the knowledge that as a professional soldier in a democratic polity “mine was not to reason why, but only to do and die.”

My original sin was that I violated this dictum soon after I was deployed in the Sierra Madre mountains to fight the Huks in 1956.

I questioned why our political leaders were ordering us to hunt and kill the very people who paid for our education.

I accepted the rational that the Huks have risen to bring down the government by force, and it had no choice but to exercise its constitutional and legal duty to call on the armed forces and the police to suppress their rebellion.

But I had another question: Why were they rebelling against the government?

Since 1956, when I first asked this basic question, I have dedicated myself to find an answer/solution to this compelling issue but up to this day, or 71 years later, I am still groping for a satisfactory answer.

That is why I was relieved to note that of all the presidents after former president Ramos, only President Duterte is trying to continue the basic reforms initiated by the Ramos government for the purpose of establishing a national enabling environment.

The thesis of the Ramos government was that only within an enabling environment can our people develop the capability to solve the nation’s perennial problems of inequality, poverty, corruption, injustice, criminality, drugs, and other problems associated with underdevelopment.

The elements of the radical national reform which aims to establish an enabling environment being continued by President Duterte are:

If the above elements are put in place, we will be able to effectively enforce our Constitution and our laws, and our national development plans can succeed. But there are indications that these basic enabling reforms may be derailed in their implementation in the midst of national and international clamor against extrajudicial killings (EJKs) in the war against drugs.

In any event, regardless of whatever other purposes the government may have in the brutal war against drugs, EJKs have limits especially when applied with impunity. EJKs create conditions where vengeance defines justice. The same conditions create a moral command – a compelling moral imperative according to the late Jaime Cardinal Sin – where disobedience binds all (citizens, soldiers, police) together unconditionally, irrevocably, universally. It may be recalled that the 1986 People Power revolution was not merely a people’s collective exertion against a tyrannical regime. More importantly, it was a people’s war to recover their dignity and freedom ensuring that as life comes from God, only God can take away.

If the 1986 People Power revolution is being argued as the nation’s contribution to world culture and civilization, it is primarily because it brought down an entrenched predatory and cruel regime without assaulting the life and dignity of anyone, friend or foe alike. It became a world model for political change without bloodshed.

To me, this is the relevance of the 1986 People Power Revolution today, 31 years later. – Rappler.com