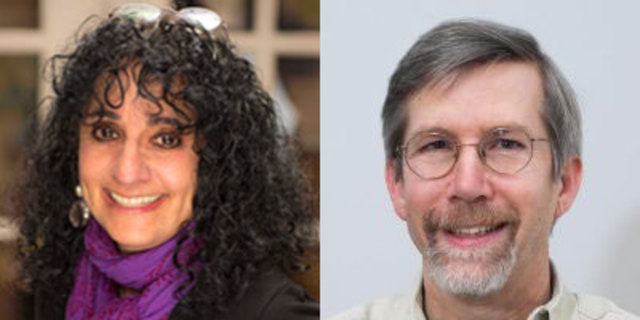 On April 9, President Duterte issued a warning to mining companies in a speech in Davao City: "I do not want to see bald mountains in the areas you have mined. I want to see trees as tall as me in 6 months. If I don't see any in the area you destroyed, consider your permit revoked."

These are bold and important words. The Philippines hosts dozens of major mining companies, many of them operating environmentally-destructive open-pit mines. Planting trees is a standard requirement in mining agreements. But, as suggested by President Duterte's warning, it is not one always taken seriously by mining companies.

A case in point is one of the Philippines' largest open pit mines: that of Australian-Canadian mining giant OceanaGold in the municipality of Didipio in Nueva Vizcaya. OceanaGold has been operating the Didipio mine since 2013. As we saw for ourselves in research trips there in 2013 and 2017, it has not met its reforestation requirements.

True, OceanaGold brags that they won awards for their reforestation efforts. The firm began its reforestation program years before the mine opened, and was the recipient of a 2009 National Environmental Award for its forestry program from the Philippine Department of Environment and Natural Resources.

Our most recent visit was in July 2017, when we traveled to 3 of the company's reforestation areas near the Didipio mine to see if the reality lived up to the awards or even to its reforestation requirements.

We expected to see plantations filled with healthy trees, certainly as tall as President Duterte. Instead, we found hillsides where we were hard-pressed to distinguish the new trees from the surrounding low-lying shrubs, grasses, and other vegetation. Each of the 3 sites had its unique problems but, overall, we found nothing that could be termed a successful plantation, never mind reforestation. A vast majority of trees were either dead, dying, or too small to survive.

OceanaGold is obligated by its mining agreement with the government not only to plant trees but also to maintain these forest areas for 3 years. None of what we witnessed met OceanaGold's obligations under its mining agreement. And none of the sites met President Duterte's new criteria.

In addition, people in the communities near the reforestation sites were outraged that OceanaGold had been allowed to cut down (or submerge in tailings ponds, as we also saw for ourselves) native hardwoods, while replanting with plantation species, such as mahogany, non-native rubber, and gmelina. (That this was allowable under OceanaGold’s mining agreement is outrageous.)

Our 2017 investigations also revealed other problems at the Didipio mine that are typical of other mines in the country, in terms of very limited economic benefits and very high social costs. Supporters of the mining industry in the Philippines are quick to point out that the Philippines is one of the top 5 mineral countries in the world in terms of reserves of gold, copper, nickel, and other metals. It is estimated to have over $1 trillion worth of minerals beneath its soil. Yet, the 41 large-scale industrial mines in operation in 2016 contributed less than 1% of the country's gross domestic product, with negligible job benefits after the construction stage.

In addition to the failures of reforestation, we found widespread displacement of families around the mine site in Nueva Vizcaya, and human rights violations starting as far back as the construction of the mine. As early as 2011, the Philippine Commission on Human Rights had found in an investigation of OceanaGold's construction phase that "human rights violations were committed against the indigenous people inhabiting Didipio" and requested the "probable withdrawal" of the permit. (Given the links between some of the Philippine elite and mining, it is not surprising that the Philippine executive branch did not follow through on that recommendation.)

In 2017, provincial officials and community members reported to us a number of related issues that the communities near the mine had and were experiencing: vibrations during blasting, excessive noise from the mine (which we witnessed for ourselves in 2013), fumes from the vents, solid waste generation, dust from the mine and haul road, erosion, and sedimentation from runoff.

Weighing heavily on local inhabitants' minds was that they did not know the poisonous chemicals used by OceanaGold to separate the gold from the rock. Given what they knew and learned about mining, the farmers in the barangays near the mine were understandably afraid that contaminated water from the mine would destroy their rich agricultural lands. Nueva Vizcaya is one of the fruit and vegetable capitals of Luzon. OceanaGold has dismissed such concerns with vague reassurances that it does "green" and "responsible" mining. Yet, monitoring reports from the rivers around the mine have already indicated high levels of lead, manganese, cadmium, sulfates, iron, arsenic, and selenium. Farmers downstream told us that, in the 3 drier months of the year, there were large-scale fish kills in the river that flows from the Didipio area. Locals also reported rashes on the skin of fisherfolk who swam in that river, as well as on the skin of carabao bathing in the river.

This year is a key time to act on OceanaGold’s reforestation scam and the other problems from mining, given that its current 25-year mining agreement expires in 2019. The company obviously wants to renew its license.

But community groups and the provincial council in Nueva Vizcaya have called for an end to the license. Indeed, in March 2018, Rappler reported that "several provincial officials of Nueva Vizcaya province have promised to block the renewal of a soon-to-expire permit of OceanaGold Philippines… Board Member Flodemonte Gerdan, chairman of the Committee on Environment of the Sangguniang Panlalawigan, said the board will prevent the renewal of [OceanaGold's] permit, citing environmental and human rights issues the company allegedly neglected."

Over the next 6 months, the people of Didipio and mining sites all over the country would do well to remind President Duterte that words without action turn to lies. And, if most of the trees remain shorter than President Duterte, this will be just one of the many reasons why the Philippine government should tell OceanaGold to pack up and pay for the damages it has caused. In the words of President Duterte, "…consider your permit revoked." – Rappler.com

Robin Broad, a professor of development studies at American University in Washington DC, is writing a book about mining as a John Simon Guggenheim Fellow. John Cavanagh directs the Washington-based Institute for Policy Studies. They are co-authors of (among others) Plundering Paradise: The Struggle for the Environment in the Philippines, and have worked in the Philippines over the past 4 decades.