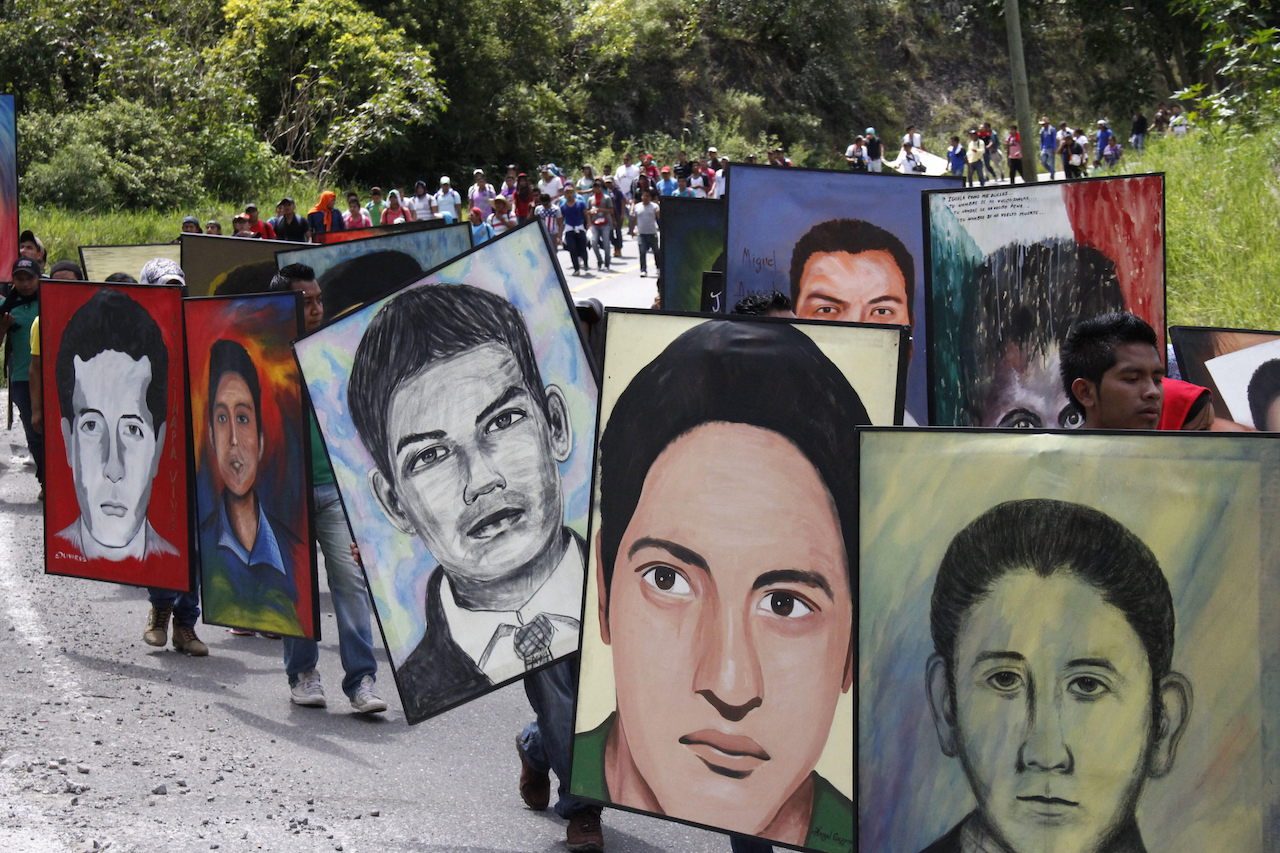 MEXICO CITY, Mexico (UPDATED) – Mexico’s president pledged Thursday, September 24 to pursue the truth in the case of 43 students who disappeared last year, as frustrated families accused authorities of lying about what happened.

Enrique Pena Nieto spoke for almost 3 hours with parents of those missing in a Mexico City museum ahead of the first anniversary on Saturday, September 26 of a tragedy bedeviling his administration.

The mothers and fathers, who were almost half-way into a 43-hour fast in honor of their sons, presented 8 demands to Pena Nieto in a document charging that the authorities had manufactured a “historic lie.”

Presidential spokesman Eduardo Sanchez said Pena Nieto signed the document and ordered the attorney general’s office, as well as the interior and foreign ministries, to analyze it.

“We are on the same side and we are working on the same goal: To know what happened to your sons and punish each and every one of those who are responsible. We are searching for the truth together,” Pena Nieto told the parents at the closed-door meeting, according to Sanchez.

“The president made it very clear that the investigation remains open, it was never closed, it will not be shelved,” Sanchez said.

Sanchez said Pena Nieto ordered the creation of a special prosecutor’s office to investigate the thousands of disappearances in the country, though the spokesman did not explain how it differed from a similar unit created in 2013.

“It’s cosmetic,” security expert Alejandro Hope told Agence France-Presse. “It all depends on whether there is political will and how much resources they invest into this announcement.”

The parents asked that the unit be placed under international supervision, but Sanchez said it was up to the foreign ministry to look into it.

Vidulfo Rosales, a lawyer for the parents, said the president had not yet “committed to fulfilling any” of the demands and that the promises made by Pena Nieto were not new.

Rosales said the parents were “treated in a violent manner” by presidential security after the gathering, a charge that Sanchez denied.

After the meeting, only the second since the students went missing, the parents returned to the capital’s historic Zocalo square, where they had set up camp on Wednesday, September 23.

“We won’t rest, we will be a pebble in his shoes. We won’t go home,” said one mother, Maria de Jesus Tlatempa.

The attorney general’s office has come under criticism from the parents and human rights groups, which have accused it of prematurely declaring that the students were all slaughtered.

The students, from a rural teachers college in the southern state of Guerrero, disappeared after they were attacked by local police in the city of Iguala on September 26, 2014.

Prosecutors say police then delivered the young men to the Guerreros Unidos drug gang, which killed them and incinerated their bodies after confusing them with rivals.

But the official investigation was questioned earlier this month by independent experts from the Inter-American Commission on Human Rights (IACHR),, who voiced doubts the students were burned in a funeral pyre at a garbage dump.

Only one student was positively identified among charred remains. The attorney general said last week that there was a possible DNA match for a second one.

The IACHR experts urged the government to investigate whether the students were attacked because they inadvertently seized a bus used by the cartel to transport heroin.

More than 100 people have been detained in the case.

The families and other students will join a demonstration in Mexico City on Saturday to mark one year since the disappearance.

Pena Nieto, meanwhile, will travel to New York that night for the United Nations General Assembly, despite past criticism for taking trips at times of tension in the country. – Carola Solé, AFP/Rappler.com