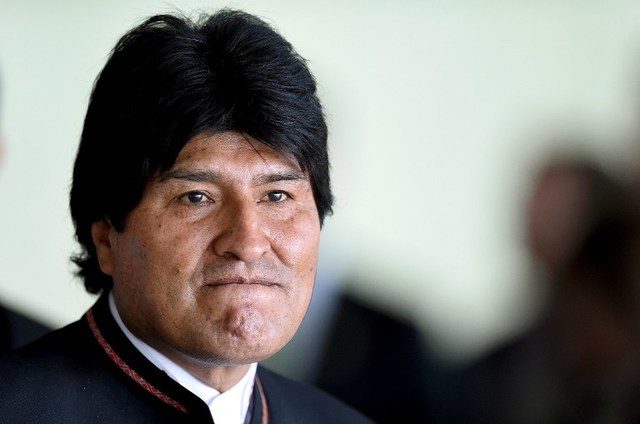 Facebook Twitter Copy URL
Copied
In power since 2006, Morales could potentially extend his presidency to 2025, following a constitutional amendment approved by Congress.

The changes must be ratified by a national referendum set for February 21, 2016.

The leftist president, in power since 2006, is a member of the Aymara indigenous group who was easily re-elected last year to another five year term.

The Congress, which is controlled by Morales’ followers, approved the constitutional changes by a two-thirds majority after 18 hours of debate.

The amendment stipulates that Morales’s re-election in 2014 counts as the first of two consecutive presidential re-elections allowed under the rule change.

His first two four year terms as president do not count because they were won under a previous constitution.

Opposition legislators put up a noisy fight, first attempting to thwart the measure through procedural means. When that failed they engaged in a heated back-and-forth with Morales supporters, sometimes climbing on their chairs make their point.

Henry Cabrera with the Movement Towards Socialism (MAS), the president’s party, contrasted Morales’s “Process of Change” program with the right-wing governments of the past that “wreaked havoc on the country’s economy.”

Oscar Ortiz, a leading opposition leader, snapped back by accusing top government officials of funneling money from an agriculture program into their personal bank accounts.

“When the opposition opposes reforming the constitution they want to block the … will of the citizens, and of course we will not allow that,” said pro-government legislator Oscar Baron.

“Facing the inevitable,” said opposition legislator Jimena Costa, “the only thing that is left is to campaign for a no vote in the referendum.”

Morales, the longest-serving president in South America, benefits from a fractured opposition that has failed to rally behind a single leader.

On Friday, the Bolivian president called for an end to “dictatorship” of the capitalist system at a United Nations development summit in New York. – Rappler.com