Bomb may have been carried onto Russian plane: report 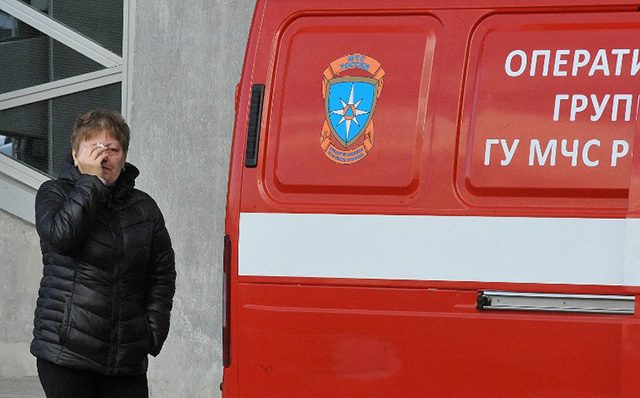 Facebook Twitter Copy URL
Copied
Britain temporarily suspended flights between Sharm el-Sheikh and Britain due to the intelligence, and warned against all but essential travel by air to the resort

LONDON, United Kingdom – Information intercepted by US and British spies suggested a bomb may have been carried onto the Russian plane that crashed in the Sinai peninsula last week, The Times reported in its Friday edition.

The Times newspaper reported the information came to light after a joint US-British intelligence operation “used satellites to uncover electronic communications” between Islamic State (IS) militants in Syria and Egypt, without giving a source for the information.

“The tone and content of the messages convinced analysts that a bomb had been carried on board by a passenger or a member of the airport ground staff,” the newspaper reported.

A spokeswoman for British Prime Minister David Cameron refused to comment on the report, saying “we’re not going to get into details on intelligence matters.”

The British and US governments have said it is possible an explosive caused the Saint Petersburg-bound jet to crash in the Sinai peninsula after taking off from the red sea resort of Sharm el-Sheikh, killing all 224 people on board. (READ: Obama, Cameron say bomb may have caused Egypt plane crash)

Britain temporarily suspended flights between Sharm el-Sheikh and Britain due to the intelligence, and warned against all but essential travel by air to the resort due to new intelligence.

Flights from Sharm el-Sheikh to Britain are due to resume on Friday, with airlines laying on extra routes to get stranded travellers home, but passengers will only be allowed to fly with hand luggage due to a request from the British government.

“These flights will operate under special security measures mandated by the UK Government,” a statement from Thomson Airways said.

“All hold luggage will be returned to customers under separate secure cover arranged by the UK government.”

The Telegraph reported that “crucial intelligence” came to light after British and US intelligence services “went back over communications of known fanatics in the region.”

“Their trawl revealed ‘chatter’ in the days before the crash pointing to an imminent attack,” the Telegraph reported, without giving a source for the report.

The Islamic State (IS) jihadist group has claimed responsibility for the disaster, but the idea has been played down by Russia and Egypt, which is keen to protect its valuable tourism industry and has urged patience until the results of an investigation into the crash are known. – Rappler.com