Dec 8, 2015 7:35 AM PHT
Agence France-Presse
Facebook Twitter Copy URL
Copied
(UPDATED) He would stop Muslims from entering the country 'until our country's representatives can figure out what is going on' 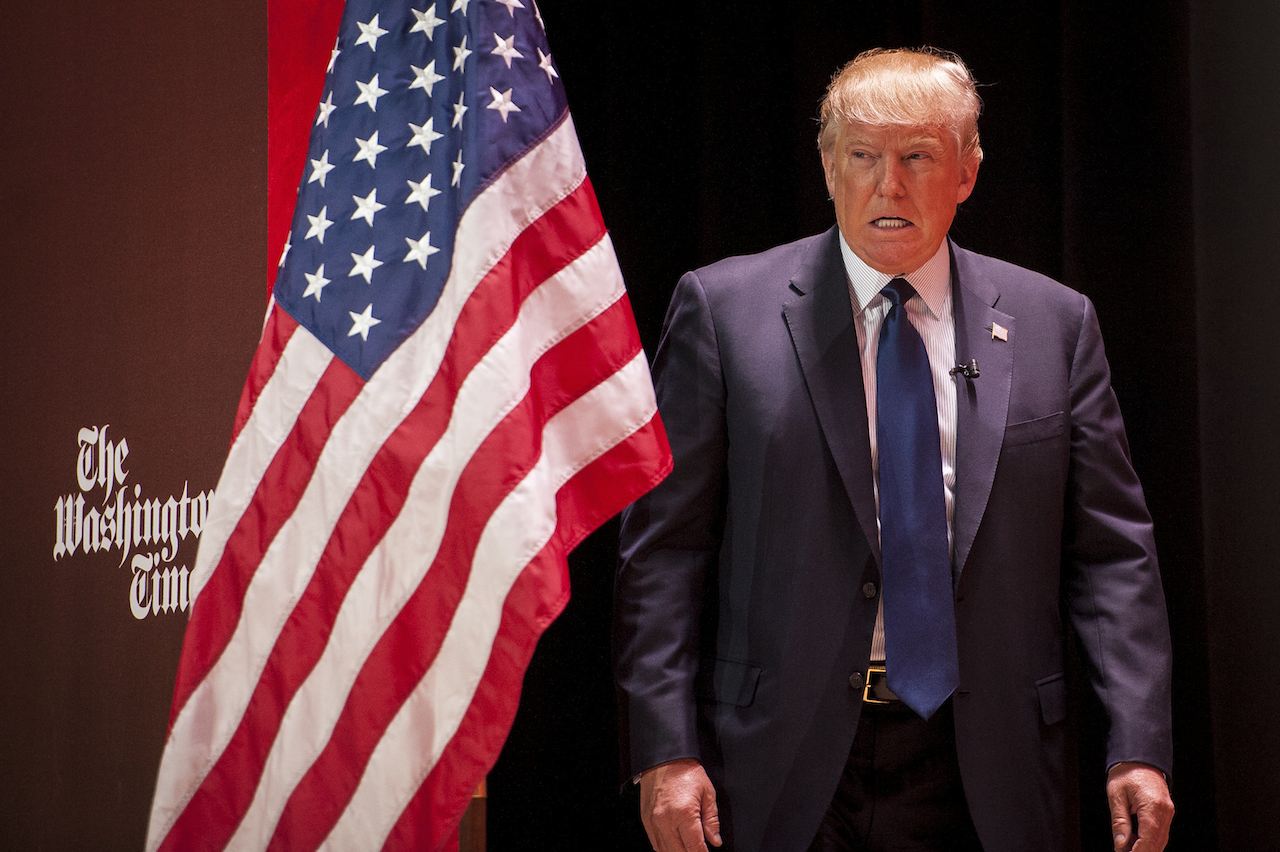 WASHINGTON, DC, USA (UPDATED) – Republican frontrunner Donald Trump on Monday, December 7, called for a “total and complete shutdown” of Muslims entering the United States, unleashing some of the most provocative and divisive remarks of his controversial presidential campaign.

The stunning statement followed last week’s mass shooting in California by a Muslim couple believed to have been radicalized by extremists, and landed with a thunderclap just as fellow presidential candidates were contemplating ways to improve national security.

Trump’s campaign team said the halt on Muslims entering the country should remain in place “until our country’s representatives can figure out what is going on.”

His aides did not specify if the proposal would affect both tourists and immigrants, and also did not say if it would target American Muslims currently abroad.

The statement drew sweeping condemnation by presidential rivals and the White House, which denounced Trump’s call to bar Muslims as “totally contrary” to US values.

“We have, in our Bill of Rights, respect for the freedom of religion,” one of President Barack Obama’s top foreign policy aides, Ben Rhodes, told CNN.

“Where this hatred comes from and why we will have to determine,” the billionaire real estate mogul, who is leading in opinion polls among likely Republican voters, said in the statement.

“Until we are able to determine and understand this problem and the dangerous threat it poses, our country cannot be the victims of horrendous attacks by people that believe only in jihad, and have no sense of reason or respect for human life.”

Trump has been increasingly virulent in his remarks targeting Muslim Americans since the deadly Paris attacks, and again in the wake of last week’s shooting rampage in California, which left 14 dead and 21 wounded.

Last month, he caused a furor when he claimed he saw “thousands and thousands of people” cheering in parts of New Jersey with substantial Arab-American populations as the Twin Towers collapsed on September 11, 2001.

But his latest statement was particularly jarring, and it unleashed severe condemnation on Twitter, including from other Republicans running for president.

‘Begging him’ to stop’

“Every candidate for president needs to do the right thing & condemn @realDonaldTrump’s statement,” added Senator Lindsey Graham, one of the foremost Republican national security voices in Congress.

Trump has appeared immune to the denunciations. He remains the clear frontrunner for the Republican nomination less than two months before the first state-wide votes are cast in the primary race, even amid broad public outrage at his insensitive remarks.

Trump is to deliver a speech at 0000 GMT aboard the USS Yorktown in South Carolina.

Trump’s campaign said some of the poll figures it cited were from the Center for Security Policy, which McCaw noted has been branded a “hate group” by the Southern Poverty Law Center.

In New Jersey, director Ahmed Shadeed of the Islamic Center of Jersey City, warned that Trump’s remarks were “giving the right to people to hurt us.”

“I’m asking him, I’m begging him it has to stop, all these accusations,” he said after prayers at a mosque in the city, as he urged Trump and others to see Muslims as “part of the American mosaic.”

White House Press Secretary Josh Earnest said Trump was tapping into a darker side to “play on people’s fears in order to build on support for his campaign.”

Instead of condemning the Muslim community, US officials should work with Muslim leaders to root out extremist voices and “insulate those who are vulnerable to being radicalized,” Earnest told MSNBC. – Michael Mathes / Ivan Couronne, AFP/Rappler.com