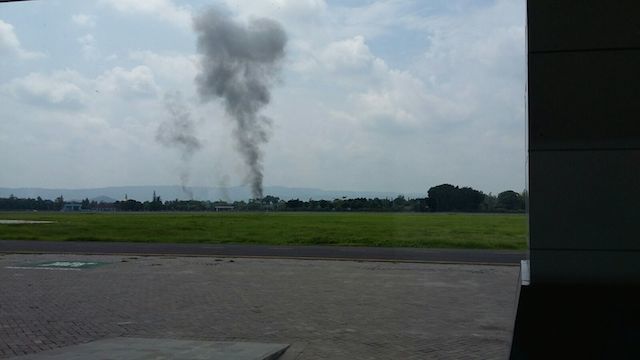 Video circulating on social media showed a fighter plane performing maneuveres in the skies above Yogyakarta before spiralling toward the ground at speed and disappearing from view.

Seconds later a thick, dark plume of smoke rose beyond the horizon, as people in the video can be heard screaming.

It remains unclear if anyone on the ground was killed or injured.

A major military air show had been underway this weekend in Yogyakarta.

In June, a Hercules C-130 crashed into a residential neighborhood in Medan, the largest city on Sumatra island, killing 142 people and causing widespread destruction. – Rappler.com