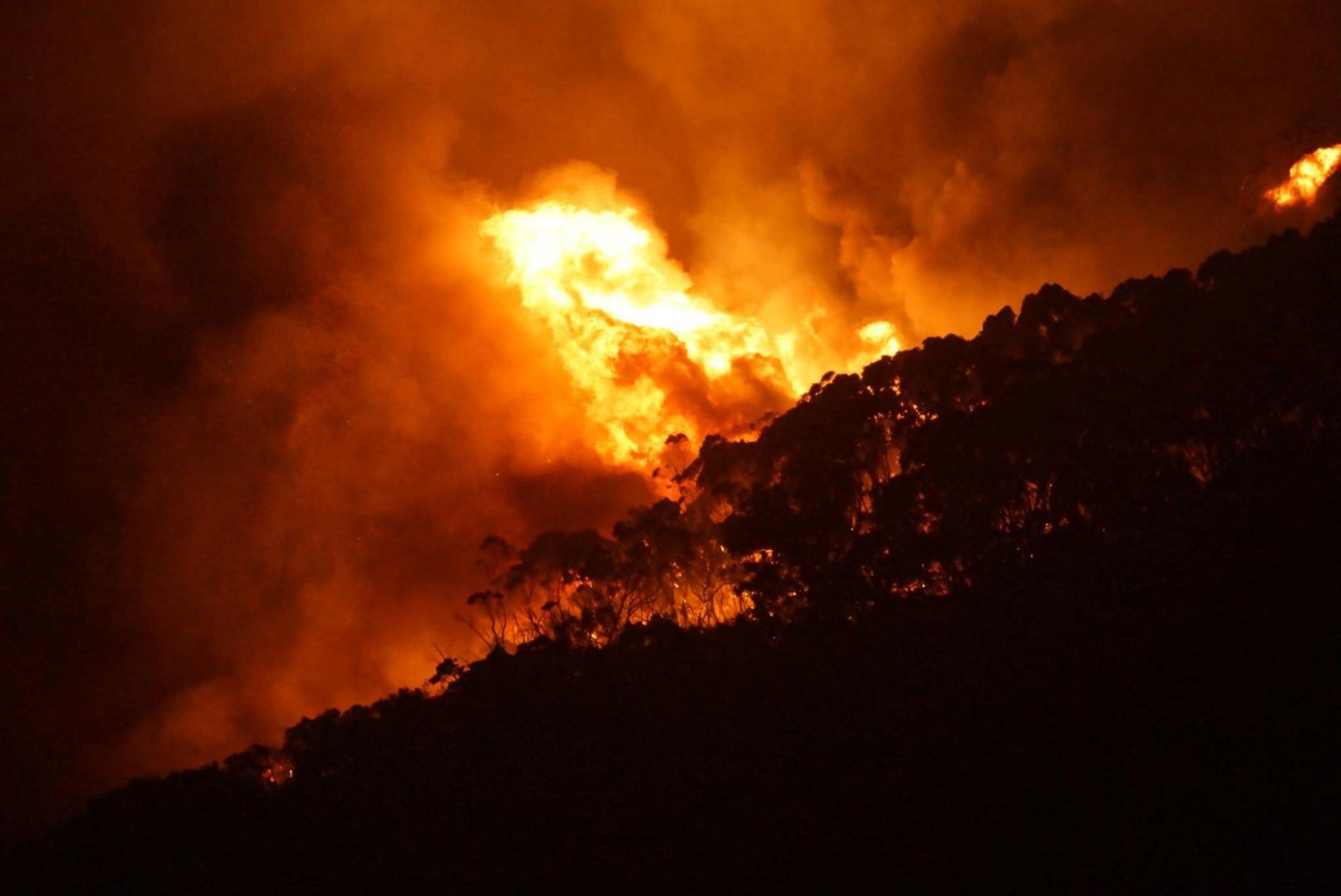 MELBOURNE, Australia (UPDATED) – A bushfire which flared on Christmas Day has destroyed more than 100 homes in southern Australia, officials said Saturday, December 26, as they warned the losses could have been worse.

The blaze hit two towns southwest of Melbourne, Wye River and Separation Creek, where many of the 116 houses lost were believed to be holiday homes.

As about 500 firefighters worked to battle the blaze, aerial shots showed buildings razed to the ground in the tree-filled coastal area along the Great Ocean Road tourist drive.

“It’s kind of confirmed for us just how hot, just how volatile, just how intense this fire was, burning right to the water’s edge,” Victoria state Premier Daniel Andrews told the Australian Broadcasting Corporation.

Andrews welcomed the fact that no lives were lost in the state which endured horrific bushfires in 2009, in which 173 people perished.

“We can rebuild houses, of course. Things can be much worse than that,” Andrews told a press conference earlier Saturday.

The fire near the coastal town of Lorne was started by a lightning strike on December 19 but flared up Friday due to hot weather and winds pushing embers over fire control lines.

Victoria’s Emergency Management commissioner Craig Lapsley praised the community for heeding the evacuation warning just before lunchtime on Christmas Day to avoid the possibility of fatalities.

“They walked away from the fire that had every potential to be a killer,” he said at a joint press conference with Andrews.

Nick Bailey, a resident of Separation Creek, told the ABC his family evacuated to nearby Apollo Bay and spent Christmas Day on the beach.

“[It was] a strange experience looking back across the bay at all of that column of smoke whilst we were trying to enjoy our Christmas,” he said.

He said of the blaze: “You could see where the fire was slowly smouldering, then the wind got up and the thing just went mad.”

In a statement, Lapsley confirmed 18 dwellings at Separation Creek and 98 at Wye River were lost and noted that rain and cooler conditions had reduced fire activity.

But he warned there were “still many hotspots within the fire area so the change in conditions and the rain that fell this morning does not mean the threat posed by this fire is over”.

Thirteen aircraft are being used to fight the fire, which is not particularly large at 2,200 hectares, and has the potential to flare up again in the coming week, he added.

“The fact we have had rain today across the state will not dramatically change anything,” he said, saying very hot weather was predicted for New Year’s Eve and New Year’s Day.

Holidaymakers who traditionally flock to the Victoria surf coast at this time of year have been asked to avoid the fire area.

Bush fires are a common feature of the Australian summer, with up to 15 homes destroyed by blaze near Melbourne on Monday.

But “Black Saturday” was the worst firestorm in recent years, devastating southern Victoria in 2009, razing thousands of homes and killing 173 people.

Seven people have died so far this year from bushfires across the country. – Rappler.com