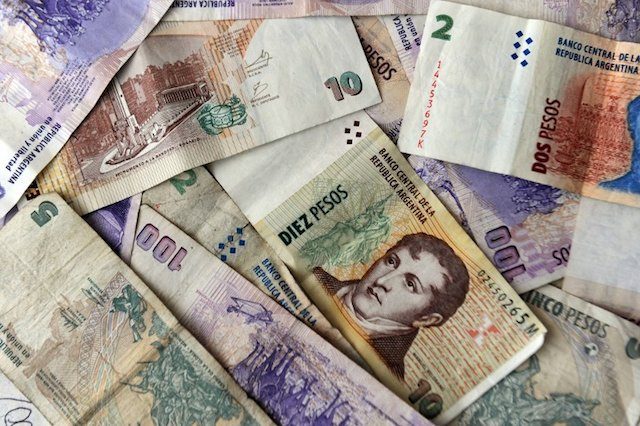 The previous administration of Cristina Kirchner had refused to compromise with the creditors, mainly hedge funds it branded “vultures,” after a US court ordered the country to pay the full value of bonds that Buenos Aires defaulted on some 15 years ago.

Talks between representatives of the new government of President Mauricio Macri, who has pledged to reform and revitalize the Argentine economy, and the bondholders opened Wednesday afternoon in Manhattan, under the guide of the court-appointed mediator Daniel Pollack.

Speaking in Buenos Aires, Argentine Economy Minister Alfonso Prat-Gay said the South American country would negotiate “with toughness” but was committed to finding an agreement.

“This is a first introductory meeting. Don’t expect a concrete proposal. Let’s hope the holdouts show the responsibility to negotiate fairly and settle,” he told journalists.

On Tuesday, January 12, Macri said he hoped for a “reasonable agreement” with the creditors, who have demanded 100% payment of their bonds even though most of the creditors in the country’s $100 billion default in 2001 accepted sharp losses in a negotiated debt restructuring.

“We will tell the mediator that there has been a change, another vision for our debts and how to stop being a defaulter and to resolve the pending issues,” Macri said.

The leaders of the so-called “holdout” group, the hedge funds NML Capital and Aurelius Capital Management, bought up Argentine debt cheaply around the time of the default and over the next decade refused to join 93 percent of bondholders in restructuring the debt.

To the dismay of the country and its restructured bondholders, NML and Aurelius won a New York court judgment in 2012 that ordered Argentina to repay the full value of their bonds.

That decision roiled the sovereign bond world, where holdouts to post-default restructurings were assumed to not have valid claims for repayment.

The court said, moreover, that Buenos Aires could not make payments on the restructured bonds without first paying off in full the two hedge funds. And it forbade banks from handling any other bond payments before the hedge funds were paid.

The two hedge funds hold about $1.3 billion worth of bonds, whose accrued value is now about $1.7 billion.

Last October, the New York court further ruled that 49 other holdouts were covered by the 2012 ruling and also had to be paid first, adding another $6.1 billion to the sum Argentina is ordered to pay. Pollack has said the total amount owed to holdouts is around $10 billion.

The Argentine economy minister said the US court ruling gave the creditors lavish interest payments – up to 95 cents out of every dollar Buenos Aires has been ordered to pay, in the case of certain bonds.

“That is what we want to discuss quickly and resolve the problem,” he said.

But he blamed the Kirchner administration for the heavy price tag.

“This is the cost of washing our hands of the problem for more than 10 years,” he said.

With foreign reserves believed at less than $30 billion, Kirchner’s government said it could not afford to pay, and Macri’s government will face the same challenge.

The conservative new president has launched into a program of difficult structural reforms for the economy that includes a more than 30% devaluation of the peso.

He has indicated he wants to resolve the problem with the bond holdouts quickly, as it impedes the country’s access to global capital markets.

Within days of assuming office on December 10, Macri sent representatives to let Pollack know the country was ready to negotiate in earnest.  – Mariano Andrade, AFP / Rappler.com