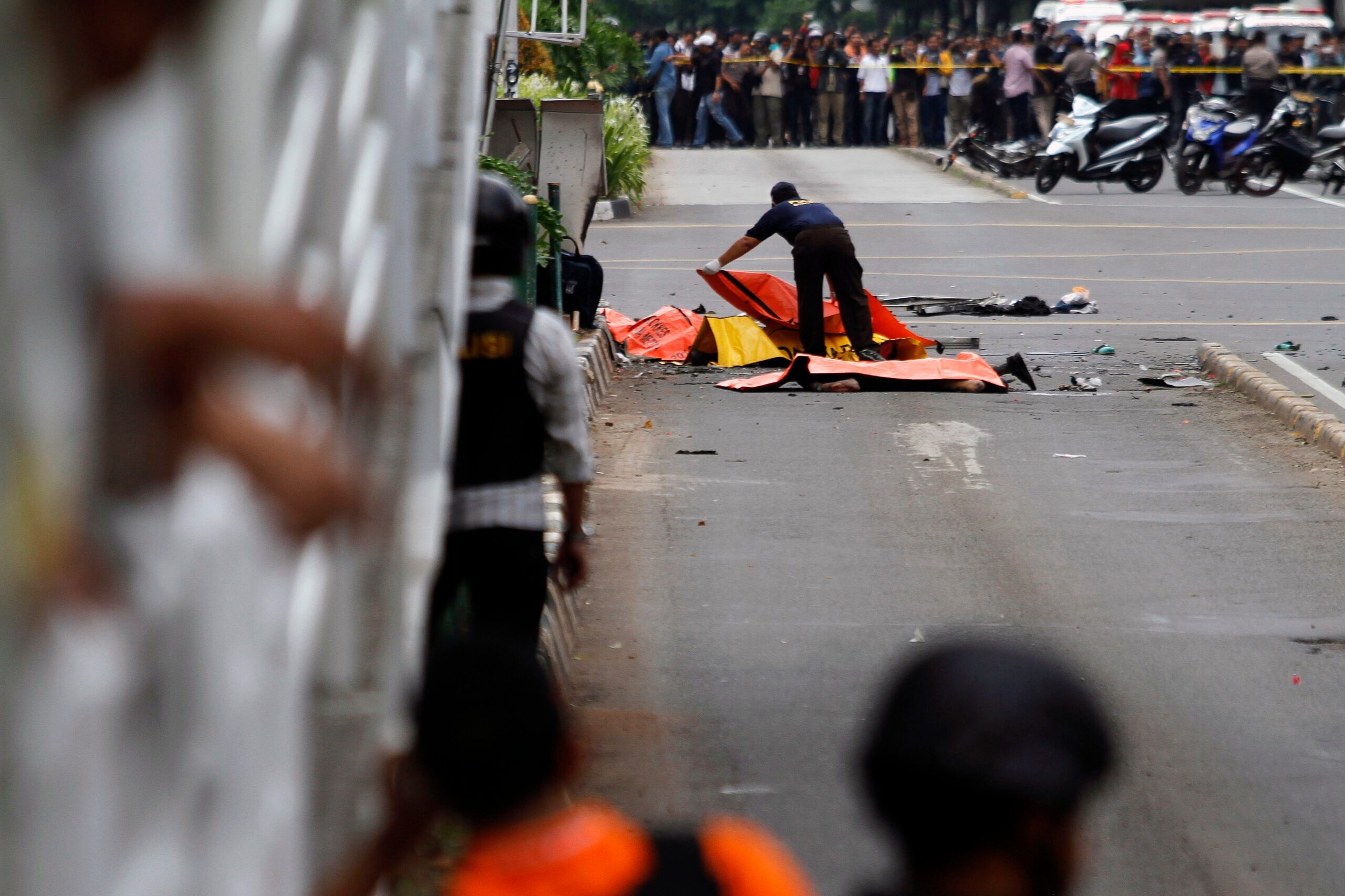 JAKARTA, Indonesia – Indonesia has identified one of 5 attackers in the deadly Jakarta violence as a previously jailed militant, whose picture snapped amid the mayhem, went viral in the country as the grim face of Islamic extremism.

All 5 attackers died in the coordinated suicide bombings and shootings in central Jakarta on Thursday, which also killed two civilians, wounded two dozen people and appeared to confirm rising fears of the Islamic State group’s (ISIS) emergence in the world’s most populous Muslim country.

The attack has been claimed by ISIS, which has ruthlessly carved out a self-proclaimed caliphate in Syria and Iraq, and Indonesian police have more specifically blamed a Southeast Asian affiliate of the group known as Katibah Nusantara.

Police say they have identified 4 of the 5 attackers, and late on Friday released the first name, a militant named Afif. Many Indonesians go by a single name.

He was sentenced to 7 years in jail for his involvement in the camp but was released last year, Haiti added. He gave no further details.

Haiti confirmed to reporters that Afif was the attacker in blue jeans, black t-shirt and a black hat pictured preparing to raise his handgun in a photo that rippled across Indonesia’s hyperactive social media universe.

The police chief said Afif has been recruited to ISIS by Indonesian extremist Bahrun Naim, who is believed to be a founding member of Katibah Nusantara and who police say orchestrated Thursday’s attacks from Syria. (READ: What we know about the man believed to be behind the Jakarta attacks)

Haiti added that Naim himself was arrested in Indonesia in 2010 for illegal possession of ammunition and received a one-year jail term.

“We found ammunitions and we processed him and he received a one-year (sentence). Now he is doing it again,” Haiti said.

Indonesian police launched raids across the country on Friday in the wake of the country’s worst such attack in 7 years, saying they suspected a broader extremist network was behind it.

If confirmed to be the work of Katibah Nusantara, which is made up primarily of Malay-speaking Indonesians and Malaysians, it would mark the first violence in Southeast Asia by the group.

Authorities in Southeast Asia countries with significant Muslim populations have repeatedly warned of the potential for their citizens to return from fighting alongside ISIS in the Middle East and carry out violence at home.

Police have said one of the two victims of Indonesia’s worst terror incident in 7 years was a local. The other was a dual Algerian-Canadian citizen, Algeria’s government has said. – Rappler.com