Muslim women must learn English or be deported – British PM

Jan 18, 2016 9:36 PM PHT
Agence France-Presse
Facebook Twitter Copy URL
Copied
There are estimated to be around 2.7 million Muslims in England out of a total population of some 53 million 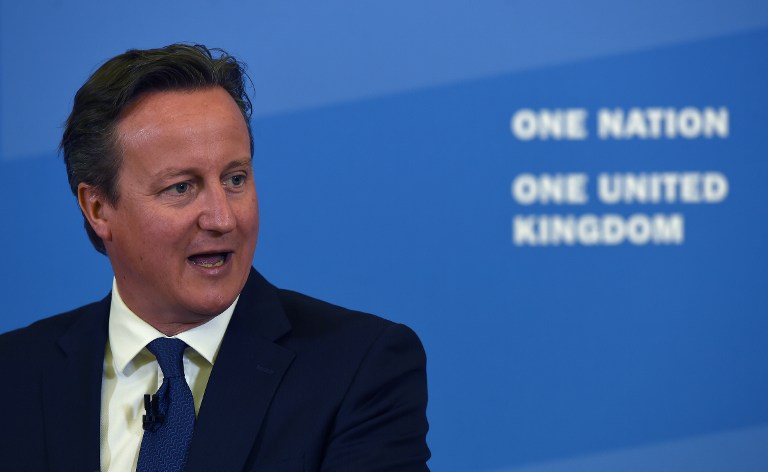 He said lack of language skills could make Muslims in Britain more vulnerable to the message of extremist groups.

“I am not saying there is some sort of causal connection between not speaking English and becoming an extremist, of course not,” he told BBC radio.

Cameron’s comments came as his center-right Conservatives launched a £20 million (*$28.5 million) language fund for women in isolated communities as part of a drive to build community integration.

Immigration rules already force spouses to speak English before they come to Britain to live with their partners.

But Cameron said they would also face further tests after two and a half years in the country to make sure their language skills were improving.

“You can’t guarantee you will be able to stay if you are not improving your language,” he told BBC radio. “People coming to our country, they have responsibilities too.”

Cameron’s government estimates that around 190,000 Muslim women in England – about 22 percent – speak little or no English.

There are estimated to be around 2.7 million Muslims in England out of a total population of some 53 million.

“David Cameron and his Conservative government are once again using British Muslims as a political football to score cheap points to appear tough,” he added.