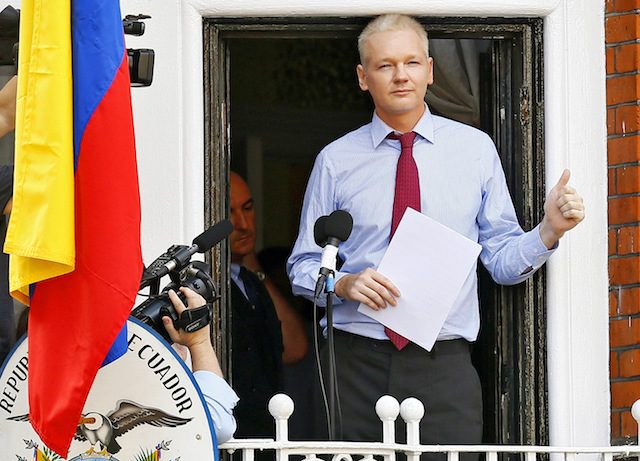 QUITO, Ecuador – Ecuador suggested Thursday it deserved compensation for housing WikiLeaks founder Julian Assange in its London embassy, with a UN panel expected to declare that his years stuck there amounts to illegal detention in Britain.

“That shows we were right, after so many years,” Ecuador‘s President Rafael Correa told a news conference in Quito.

“But who is going to compensate the harm that has been done to Julian Assange and to Ecuador? Do you know how much it costs to maintain security at the embassy?” he asked.

“We experienced spying attempts and lots of other things.”

Assange, 44, took refuge in the embassy in 2012 to avoid extradition to Sweden on a rape charge, which he denies.

The UN Working Group on Arbitrary Detention (UNWGAD) is expected to declare on Friday that his years in a cramped embassy office amount to illegal detention, the Swedish foreign ministry and Assange’s lawyers said.

Swedish prosecutors said the ruling had no impact on their investigation into the 2010 rape allegation.

The British government said it would have to arrest Assange if he leaves the embassy as long as a European arrest warrant is in force.

“The basis on which we granted him asylum remains in place,” Patino told reporters.

Assange says he fears he would face extradition from Sweden to the United States and trial over the leaking of classified US documents on his whistleblower website WikiLeaks. – Rappler.com