Mar 7, 2016 2:07 PM PHT
Agence France-Presse
Facebook Twitter Copy URL
Copied
Critics say there is a lack of transparency around President Xi Jinping's campaign and that it has been used for political infighting 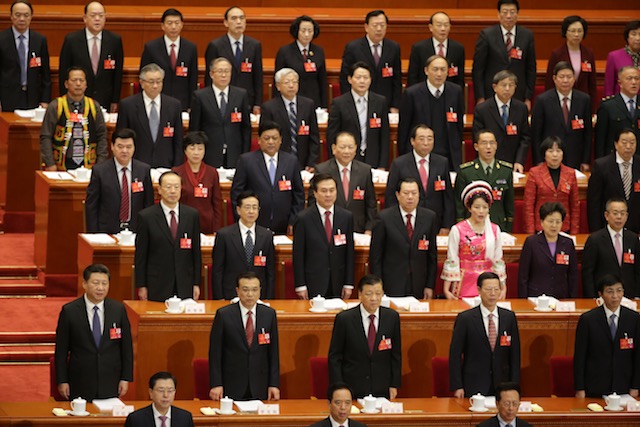 The Central Commission for Discipline Inspection (CCDI) said on its website that 200,000 cadres were given “light punishment” for graft, while 82,000 received “heavy punishment.”

It did not specify the difference between the penalties involved, but both categories could see individuals transferred from their positions.

With corruption widespread in China, critics say there is a lack of transparency around Xi’s campaign and it has been used for political infighting.

The graft watchdog also sent out 54,000 letters reprimanding officials, the CCDI said in its  statement on Sunday, March 6.

The number of punished cadres represents just 0.3% of the party’s 88 million members.

The Communist party maintains its own internal discipline mechanisms rather than automatically subjecting alleged wrongdoers to the criminal justice system.

In January a vice chief of the CCDI, Wu Yuliang, said that just 14,000 members faced legal proceedings as a result of discipline violations last year, while 336,000 were dealt with internally. – Rappler.com