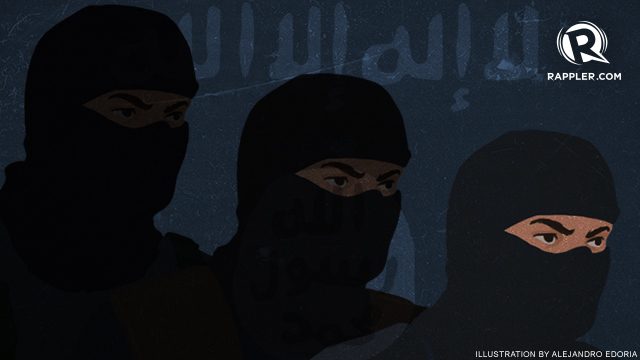 JAKARTA, Indonesia (4th UPDATE) – Ten Indonesian sailors have been kidnapped in waters of the conflict-wracked southern Philippines by Islamic militants who have demanded a ransom for their release, authorities said Tuesday, March 29.

The crew were travelling on a tugboat pulling a barge from Borneo island to the Philippines when they were hijacked, Indonesian and Philippine officials said.

Hijackers on a wooden motor boat are thought to have abducted the sailors Saturday. The vessels’ owners received a ransom call from someone claiming to be from the Abu Sayyaf militant group the same day.

The Philippine military said initial information indicated the sailors may have been taken by an Abu Sayyaf faction to Sulu, a remote southern island that is a hideout of the militant outfit, but added they were still seeking confirmation.

Abu Sayyaf is a Philippines-based Islamist group notorious for bombings and kidnappings, which has pledged allegiance to the Islamic State group.

Before the latest case, their most recent high-profile kidnapping was of two Canadians and a Norwegian from yachts at a marina in September, with the militants setting an April deadline for a huge ransom to be paid.

Indonesian Foreign Minister Retno Marsudi said the kidnappers of the Indonesian sailors had also sought a ransom, but refused to say how much was demanded.

“Our priority is the safety of the 10 Indonesians who are being held hostage, we will keep working hard to save them,” the minister told reporters, adding she had been in touch with her Philippine counterpart.

It is unclear where the barge – which was transporting coal to the Philippine city Batangas – and the crew are being held by the kidnappers, she said.

However the Philippine military said the tugboat was found empty at sea and had been taken to a port in the Tawi-Tawi islands, not far from Sulu.

Abu Sayyaf, which operates from remote jungle bases in the southern Philippines, was founded in the 1990s with the help of late Al-Qaeda mastermind Osama bin Laden.

It has been blamed for a string of attacks, including the deadliest in the nation’s history, the 2004 Manila Bay ferry bombing that claimed more than 100 lives.

A US-assisted campaign against the militants launched around a decade ago was considered a success, with many Abu Sayyaf leaders arrested or killed.

But recent kidnappings, including of the Canadians and Norwegian, in areas previously considered beyond the group’s reach, have raised new fears.

Last year the militants beheaded a Malaysian man after abducting him from a seaside restaurant in Malaysia’s Sabah state.

A Malaysian woman seized along with him was released after a ransom was reportedly paid.

The Philippine government has repeatedly said it has a “no-ransom policy”. But parties linked to foreigners held hostage by the Abu Sayyaf often pay to win their release.