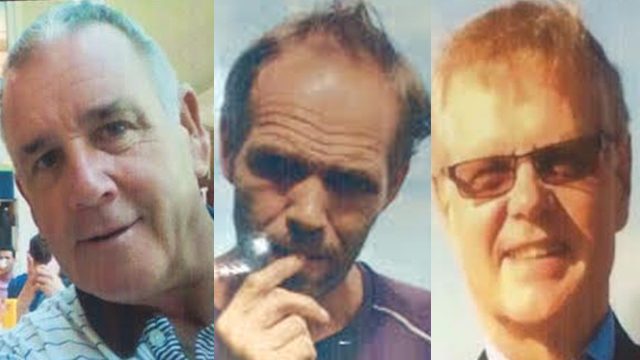 Facebook Twitter Copy URL
Copied
(3rd UPDATE) Police and military forces vow to 'bring the criminals to justice,' following the beheading of one of two Canadians kidnapped by the Abu Sayyaf in September 2015

MANILA, Philippines (3rd UPDATE) – The Abu Sayyaf group has beheaded a Canadian hostage, sparking fears for more than 20 others they are holding on remote islands, with security forces vowing Tuesday, April 26, to hunt down the kidnappers.

The man’s head was found Monday dumped outside city hall on Jolo, a mountainous and jungle-clad island in the far south of the Philippines that is a stronghold of the Abu Sayyaf.

Canadian Prime Minister Justin Trudeau and Filipino authorities identified the victim as John Ridsdel, a retiree in his late 60s who was kidnapped 7 months ago from aboard a yacht, along with another Canadian man, a Norwegian and a Filipina woman.

“This was an act of cold-blooded murder and responsibility rests with the terrorist group who took him hostage,” Trudeau said in Ottawa.

The 4 were abducted at a marina near the major city of Davao, more than 500 kilometers (300 miles) from Jolo, as part of a wave of abductions by the Abu Sayyaf, a terrorist group which for more than two decades have run a lucrative kidnapping-for-ransom business.

Six weeks after the abduction, gunmen released a video of their hostages held in a jungle setting, demanding the equivalent of $21 million each for the safe release of the 3 foreigners.

The men were forced to beg for their lives on camera, and similar videos posted over several months showed the hostages looking increasingly frail.

In the most recent video, Ridsdel said his captors would kill him on April 25 if a ransom of $6.4 million was not paid.

Hours after the deadline passed, police in the Philippines said two people on a motorbike dropped the head near city hall on Jolo, which is about 1,000 kilometers (600 miles) from Manila.

The beheading happened on the day President Benigno Aquino III ordered military troops to intensify their operations against the kidnappers in Sulu. (READ: Waiting to be freed: 22 foreign hostages in Sulu)

Ridsdel, a former journalist, oil executive and sailing enthusiast, had moved to the Philippines to manage a gold mine prior to retiring.

Trudeau said Canada was working with the Philippines to pursue and prosecute the killers, and that efforts were under way to obtain the release of the other hostages.

In the Philippines, security forces said they were setting up checkpoints across Jolo in an effort to block the movements of the gunmen.

In a press conference on Tuesday, Philippine National Police (PNP) chief Director General Ricardo Marquez said authorities would be using the full force of the law “to bring these criminals to justice.”

“The developments on the ground are very dynamic, very tactical, but the strategic guidance was to go neutralize them [and] make sure the lives of the remaining hostages are not put in danger,” he added.

In a joint statement, the PNP and the Armed Forces of the Philippines vowed: “There will be no let up in the determined efforts of the joint task group’s intensive military and law enforcement operations to neutralize these lawless elements.”

However, Philippine security forces have made similar statements many times against the Abu Sayyaf and often failed to achieve their objectives.

Most recently, 18 Filipino soldiers were killed on April 9 as they waged a day-long battle against Abu Sayyaf gunmen on Basilan, an island neighboring Jolo that is also one of the group’s strongholds.

The Abu Sayyaf is a radical offshoot of a Muslim separatist insurgency in the south of the mainly Catholic Philippines that has claimed more than 100,000 lives since the 1970s.

Authorities say the group is currently holding more than 20 foreigners after a recent wave of abductions. (READ: Waiting to be freed: 22 foreign hostages in Sulu)

These include 18 Indonesian and Malaysian sailors who were abducted from tugboats near the southern Philippines over the past month.

The Abu Sayyaf is also believed to be holding a Dutch bird-watcher kidnapped in 2012, while it recently released a retired Italian priest after six months in captivity.

One of the Abu Sayyaf’s biggest recent windfalls is believed to have come in 2014 when it claimed to have been paid more than $5 million for the release of a German couple who were abducted from aboard their yacht in the southwest Philippines.

The Abu Sayyaf’s leaders have recently declared allegiance to the Islamic State group that is causing carnage in the Middle East and has carried out deadly attacks in Europe.

However, analysts say the Abu Sayyaf is mainly focused on getting money through its kidnappings, rather than waging an ideological war.

The United States deployed special forces advisers to provide training and intelligence to Filipino troops from 2002 to 2014, which led to the killing or arrest of many Abu Sayyaf leaders.

However the Abu Sayyaf, which is believed to have hundreds of armed followers, has since re-emerged as a major threat. – with reports from Agence France-Presse/Rappler.com