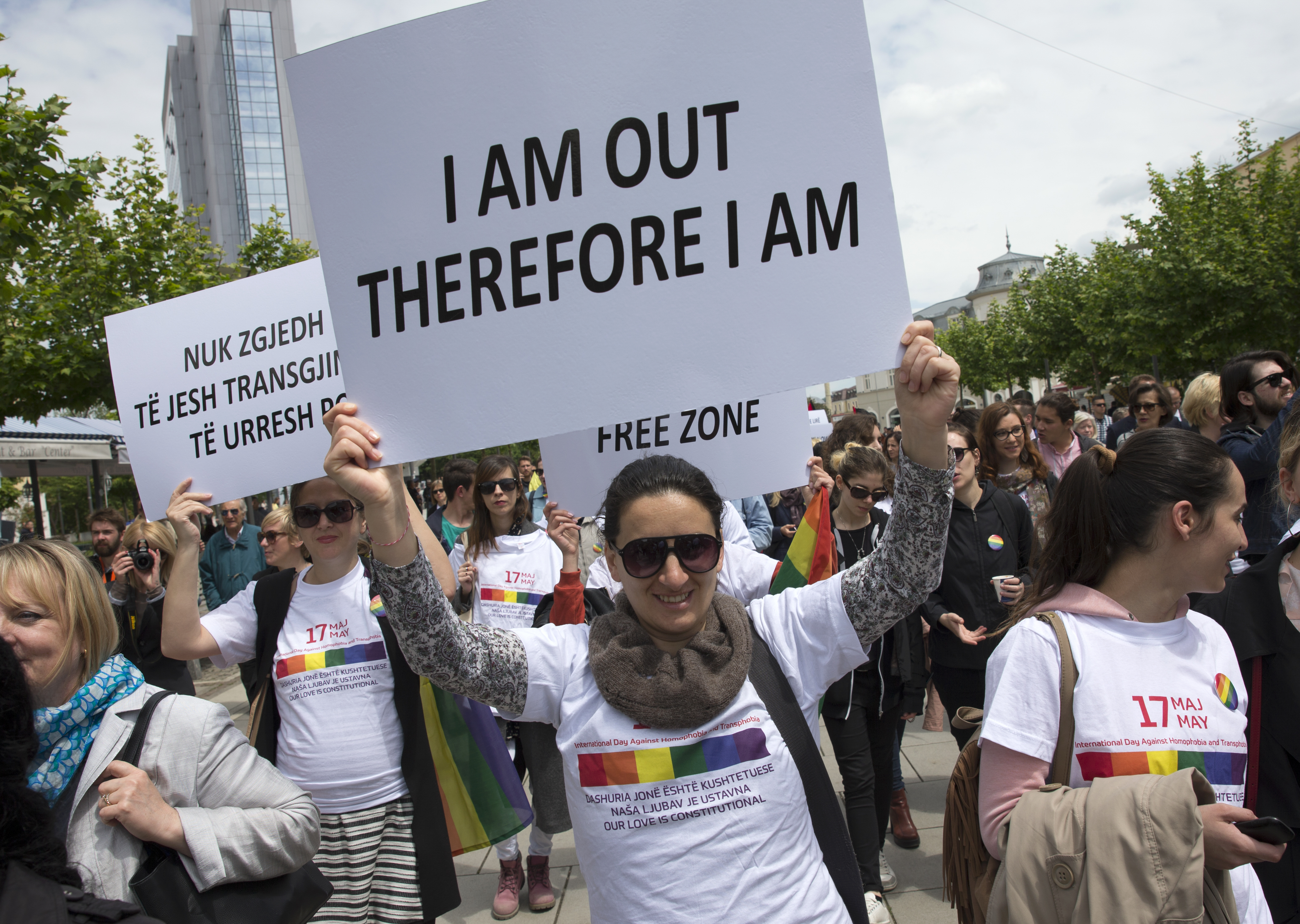 PRISTINA, Kosovo – A few hundred people from Kosovo’s gay and lesbian community held their first ever pride parade Tuesday, May 17, seeking acceptance and respect of their rights in the conservative society.

The participants marched under heavy police presence through downtown Pristina, waving rainbow flags to mark the International Day Against Homophobia, Transphobia, and Biphobia.

Many public figures, including President Hashim Thaci and the US and British ambassadors to Kosovo, marched at the head of the column to voice support for the lesbian, gay, bisexual, and transgender (LGBT) community.

“I am out, therefore I am,” “Come out now, ask us how,” and “Homophobia-free zone,” read the banners carried by the marchers, dressed in colorful clothes and watched by curious bystanders.

“Sexual orientation and gender identity should not be a cause for discrimination,” they said in a statement.

They said the rally was “for LGBT persons who could not be part of the march because they are surrounded by homophobia and transphobia in Kosovo.”

Hundreds of police officers guarded the parade, which passed off peacefully.

The event was not announced in advance due to fears of possible incidents. – Rappler.com