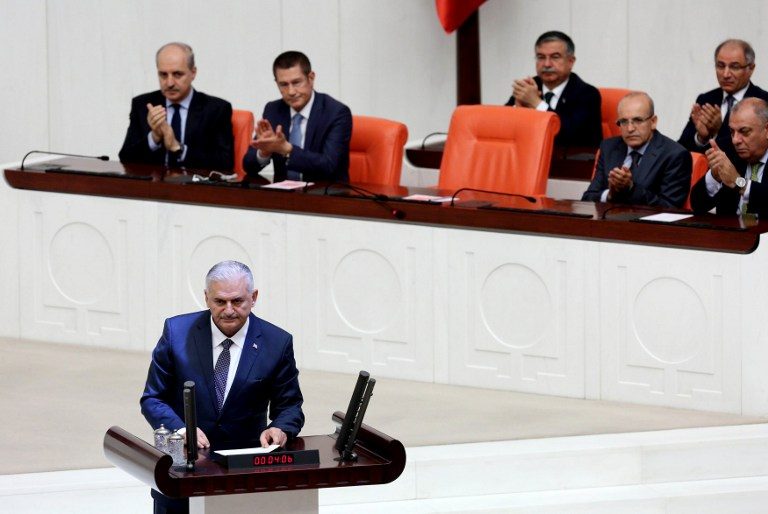 ANKARA, Turkey – Turkey’s new government led by a staunch ally of President Recep Tayyip Erdogan easily passed a confidence vote in the country’s parliament Sunday, May 29, the speaker announced after the vote.

Binali Yildirim, who replaced Ahmet Davutoglu as prime minister last week, was backed by 315 parliamentarians while 138 voted against, parliament speaker Ismail Kahraman said after the ballot.

Yildirim described his new administration as “the government of 79 million Turks” in a short speech to parliament following the vote, promising to “take democracy even further.”

The new government takes office amid opposition accusations that Erdogan is attempting to rule like a dictator by enhancing his own power.

“We are opposed to a presidentialization of the system. The country cannot be sacrificed to the ambitions of one man,” Levent Gok of the opposition Republican People’s Party (CHP) said earlier in the week.

The ruling AKP party will now seek a “mini-revision” to the constitution that would allow Erdogan to become a “party-affiliated president” instead of remaining non-partisan.

Yildirim, 60, has also made no secret of his enthusiasm for a system change in Turkey that would restrict the powers of the prime minister and bolster the presidency. – Rappler.com