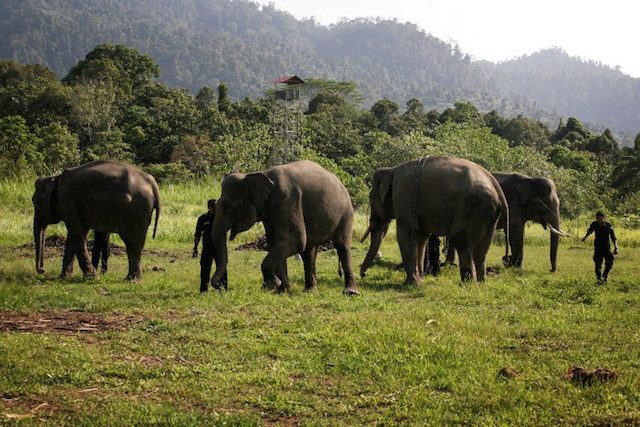 Facebook Twitter Copy URL
Copied
Sumatran elephants are critically endangered. It is estimated between 2,400 and 2,800 remain in the wild, according to conservation group WWF.

JAKARTA, Indonesia – A critically endangered Sumatran elephant has given birth to her third calf in Indonesia, an official said Thursday, June 2.

“The baby calf is in a healthy condition,” Tjahjana said.

The mother is part of a specialist elephant team – known as the “Flying Squad” – that helps herd wild elephants in the park away from human populations.

There have been instances of wild elephants being killed in clashes near plantations on Sumatra island. Around 150 are believed to live in the protected park.

Sumatran elephants are critically endangered. It is estimated between 2,400 and 2,800 remain in the wild, said conservation group WWF.

Last month a Sumatran elephant died in an ill-equipped zoo in the Indonesian city of Bandung, sparking public outrage. – Rappler.com