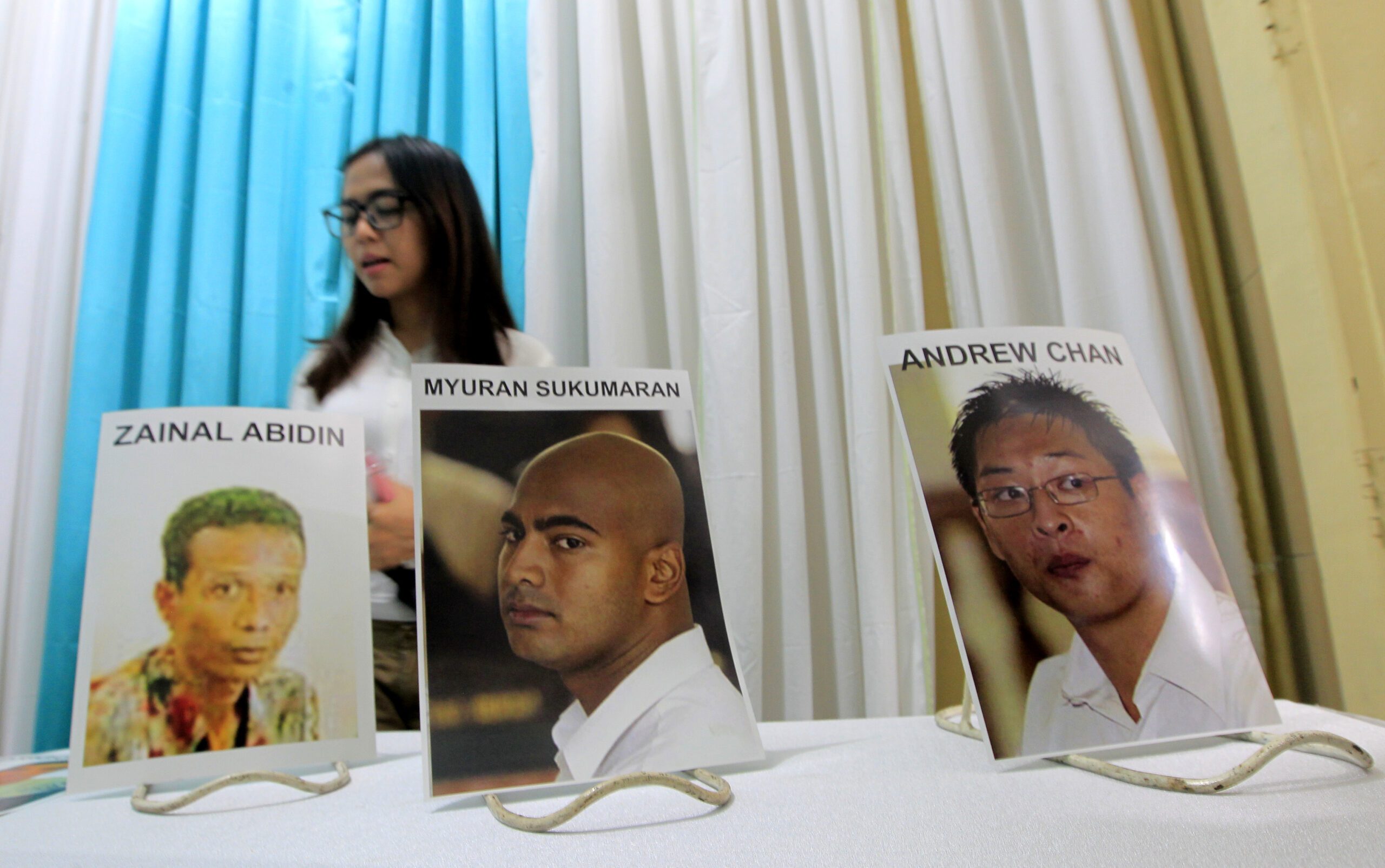 Facebook Twitter Copy URL
Copied
President Joko Widodo refuses to back down, insisting Indonesia is facing an emergency due to rising narcotics use and that drug traffickers must be harshly punished

JAKARTA, Indonesia – More drug convicts could imminently face the firing squad in Indonesia, after authorities said on Monday, July 25, they were ready to carry out a new round of executions after a hiatus.

A Pakistani death row convict was sent Monday to Nusakambangan prison island, where Jakarta conducts executions, and an Indonesian woman sentenced to death for narcotics offences was transferred to the island over the weekend.

The Pakistani embassy in Jakarta was notified by the Indonesian foreign ministry Friday that the Pakistani man, Zulfiqar Ali, would be executed in the near future, Pakistani deputy ambassador Syed Zahid Raza said.

Such notifications are typically sent out to foreign embassies in the days before inmates are put to death. It was not immediately clear whether more had been issued.

“The embassy of Pakistan has approached all the concerned high officials to convince them that it was not a fair trial for Mr. Zulfiqar,” he said in a statement. Rights groups have claimed Ali, sentenced to death in 2005 for heroin possession, was beaten into confessing.

Molyanto, prisons chief in Central Java province, which includes Nusakambangan, told AFP that “all the preparations… have been made”.

“Any time the attorney-general’s office gives the order, we’re ready,” added the official, who like many Indonesians goes by one name.

Neither Molyanto nor the attorney-general’s office, which oversees executions, would say when the convicts would face the firing squad or who would be included.

The attorney-general’s office previously said executions would resume after the Eid holiday at the start of July, and that Indonesians and foreigners would be included, but no Europeans or Australians.

Indonesia last carried out executions in April 2015 when it put to death seven foreign drug convicts, including two Australians, sparking anger from international allies and the United Nations.

But President Joko Widodo has refused to back down, insisting Indonesia is facing an emergency due to rising narcotics use and that drug traffickers must be harshly punished.

A Filipina, Mary Jane Veloso, who was pulled from the last round of executions will not be included in the upcoming round as a legal process related to her case is ongoing in the Philippines, said the attorney-general’s spokesman Mohammad Rum.

Following the executions of the Australians, Andrew Chan and Myuran Sukumaran, Canberra temporarily recalled its ambassador from Jakarta. – Rappler.com