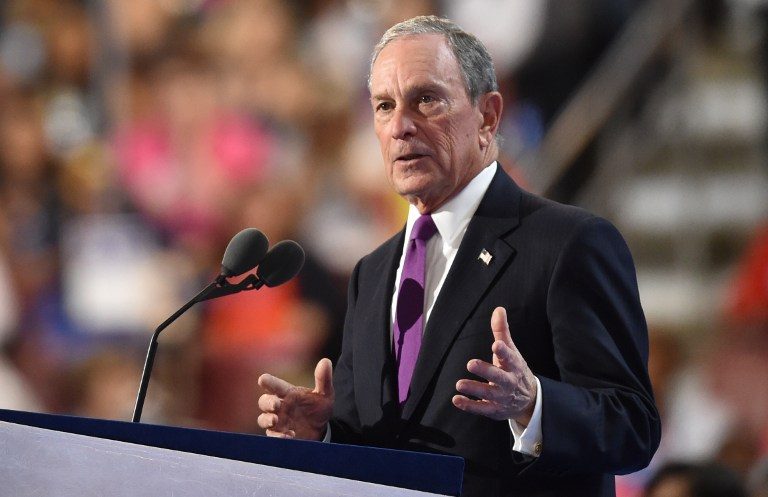 “Trump says he wants to run the nation like he’s running his business? God help us,” Bloomberg, who like Trump is a billionaire businessman, told the Democratic National Convention in Philadelphia.

Bloomberg, 74, flirted with his own White House bid, but ultimately announced in March that he would not run, fearing that his candidacy could lead to a Trump victory.

He issued stinging rebukes to Trump, describing him as singularly unfit for the presidency and calling his business plan “a disaster in the making.”

Democrats gathering at the convention that nominated Clinton as the party’s presidential candidate needed little convincing that Trump should be stopped.

But Bloomberg appeared to be appealing directly to millions of independents and frustrated Republicans watching from home on television.

“There are times when I disagree with Hillary,” Bloomberg admitted.

“But whatever our disagreements may be, I’ve come here to say: We must put them aside for the good of our country, and we must unite around the candidate who can defeat a dangerous demagogue.”

Americans “need a president who is a problem-solver, not a bomb-thrower,” he added.

He took Trump to task for what he called his “well-documented record” of bankruptcies, lawsuits, shareholder and contractor complaints and customer disillusionment.

And he blasted what he called Trump’s hypocrisy, particularly over his stance on immigration. “He says he wants to deport 11 million undocumented people, but he seems to have no problem in hiring them. What’d I miss here?”

The bottom line, according to Bloomberg? “Trump is a risky, reckless and radical choice. And we can’t afford to make that choice.”

Bloomberg’s $41.7 billion fortune makes him the eighth richest person in the world, according to Forbes.

The self-made billionaire and philanthropist, perhaps best known nationally for campaigning to tighten gun controls, said earlier this year that he had been urged to run for president out of “patriotic duty” by opponents of the current candidates. – Rappler.com