Clinton says emails, foundation ties not a threat to her White House bid 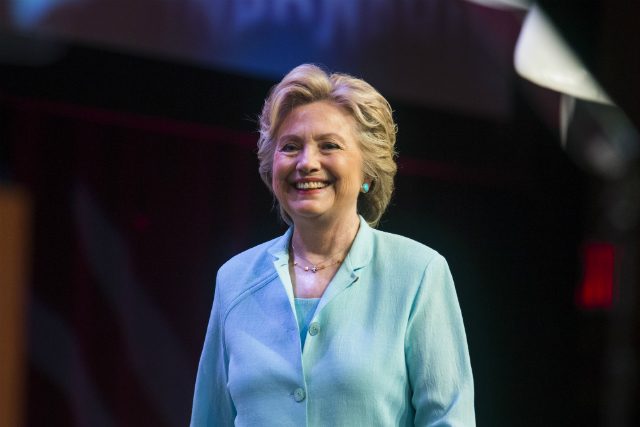 WASHINGTON DC, USA – Hillary Clinton said Friday, August 26, she was certain no revelations from emails or foreign entities’ ties to her husband’s charitable foundation will derail her bid for the US presidency.

“I am sure, and I am sure because I have a very strong foundation of understanding about the foundation” and the good work it has done, the Democratic candidate said in an interview with MSNBC.

Clinton, who is leading in the polls, has come under withering scrutiny over whether Clinton Foundation donors received favored access at the State Department while she was secretary of state during President Barack Obama’s first term.

Republican rival Donald Trump earlier this week called for an independent investigation after a fresh batch of Clinton emails released as part of a Freedom of Information Act lawsuit showed foundation donors lobbying her top aides for access.

The Associated Press, meanwhile, reported that more than half the people outside government who met Clinton while she was secretary of state donated money to the Clinton Foundation.

“My work is not influenced by outside sources. I made policy decisions to keep Americans safe. I believe my aides also acted appropriately,” she said on MSNBC.

“We have gone above and beyond most of the legal requirements, beyond the standards to voluntarily disclose donors and to reduce sources of funding that raised questions – not that we thought they were necessarily legitimate, but to avoid those questions,” she said.

Clinton said her critics should look at the good work the foundation has done, for instance making low-cost HIV medicines available to millions around the world.

Bill Clinton announced this week that if his wife is elected, the foundation will accept only US contributions, that he will step down from the board and will no longer raise funds for the charity.

Asked why the foundation didn’t simply turn over its programs to the Bill and Melinda Gates Foundation or some other charity, she said it was now looking for partners.

“We are going to be testing that. That’s why the foundation is looking for partners and, you know, there are potential partners for some of the work but not necessarily the same partner for all of the work. I think winding down the program takes time.” – Rappler.com