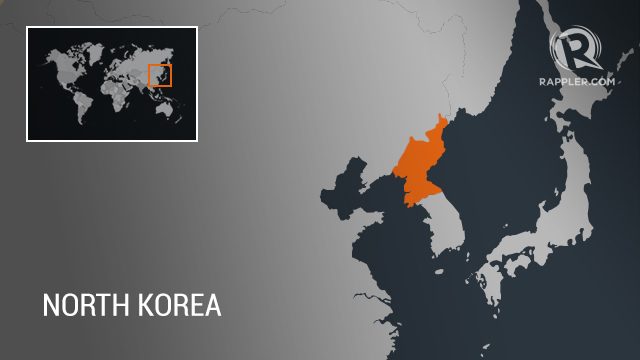 SEOUL, South Korea – Analysis of recent satellite images of North Korea’s nuclear test site shows activity at all 3 of its tunnel complexes, fueling speculation of another test ahead of a key political anniversary next week.

North Korea has already conducted two nuclear tests this year – in January and September – and experts say it is capable of carrying out a 3rd as soon as the order is given.

The September test took place on the anniversary of North Korea’s founding as a state, and the country will celebrate a similar milestone on Monday, October 10, with the 71st anniversary of the founding of the ruling Workers’ Party.

In a posting on its closely-watched 38 North website Friday, October 7 the US-Korea Institute at Johns Hopkins University said satellite images dated October 1 showed continuing activity across the Punggye-ri test site in the northeast of the country.

“Activity at the North Portal where the September 9 test occurred, may be for a number of purposes including collecting post-test data, sealing the portal or preparing for another test,” the post said.

It also highlighted movement around the West Portal, as well as the South Portal where excavation stopped in 2012.

“The purpose of this activity is also unclear, although the (South) portal is assumed to be capable of supporting a nuclear test once a decision is made to move forward,” it said.

North Korea has been hit by 5 sets of United Nations sanctions since it first tested a nuclear device in 2006, but has insisted it will continue.

The yield from September’s test was estimated at 10 kilotons – the largest so far and almost twice as much as the device detonated in January.

South Korea’s Yonhap news agency on Friday quoted an unidentified foreign ministry official who raised the prospect of another test to mark the Workers’ Party anniversary next week.

“We believe that the North is ready to carry out a nuclear test and all it needs is political determination,” the official said. – Rappler.com