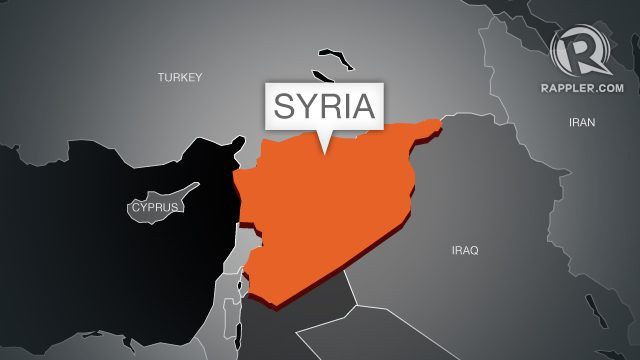 Facebook Twitter Copy URL
Copied
The meeting would fail to make any progress as no Syrians were invited, says the deputy head of the Istanbul-based National Coalition opposition body

Key global players, including the top diplomats from Russia and the United States, will meet in Switzerland on Saturday for last-ditch talks aimed at ending Syria’s 5-year war.

But Stefo said the meeting would fail to make any progress as no Syrians were invited.

“The absence of Syrians from these preparatory meetings is one of the problems that has complicated and confused (the path to) a political solution,” he said.

“The common denominator among all the meetings that have been held since 2012… until now is the absence of Syrians and a monopolization by the United States and Russia,” Stefo said.

The US and Russia back opposing sides of Syria’s conflict but have spearheaded efforts this year to secure a truce and a political settlement to the war.

Two ceasefire deals brokered by the world powers in February and mid-September both collapsed.

“Since February, we’ve been talking about a truce that would bring a cessation of hostilities, but what happened on the ground was the exact opposite – more people are besieged and increasingly starving,” Stefo said.

“The United States and Russia are the main ones responsible.”

More than 800,000 people are living under siege in Syria, with an estimated 250,000 of them encircled by government forces in the eastern half of Aleppo.

Fierce air raids pounded several opposition-held districts of the city on Saturday, according to the Syrian Observatory for Human Rights.

The Britain-based monitoring group did not have immediate word on casualties.

Clashes were raging on the southern and northern edges of Aleppo, as well as in the central district of its Old City, the Observatory said. – Rappler.com