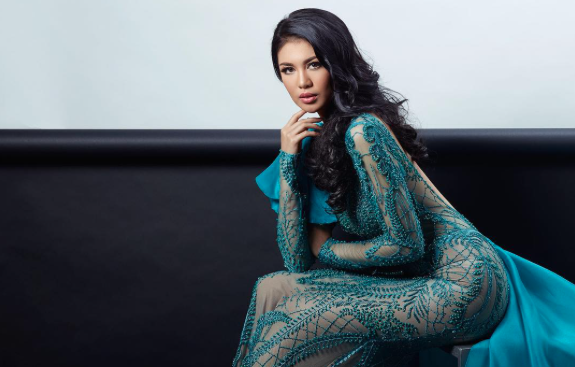 Here are 5 things you need to know about her:

1. She is studying to become a doctor

Born in Lhokseumawe on, January 13, 1995, Pertiwi is a student at the Faculty of Medicine at the Islamic University of North Sumatra.

In an interview, she said that one of her dreams is to help many people, and wants to become a doctor.

2. She is a regular in beauty contests

Before advancing to Miss Grand International, Pertiwi has participated in various beauty pageants since she was 14 years old.

Some titles she has won include local pageants Citra Putri Indonesia 2009, Putri Tenun 2009, and Gadis Sampul 2009.

She also joined the Miss Indonesia North Sumatra pageant in 2014 and was a runner-up. She returned to the same contest, representing the province at the national level, and after winning as 3rd runner-up in Miss Indonesia, qualified and eventually won Miss Grand International.

3. She comes from a military family

Pertiwi’s father is a soldier. She said her father’s background was one of the factors that trained her to be disciplined.

She has one sister who is 17 years younger.

This Spongebob enthusiast once said that he wants to open a foundation dedicated to abandoned children and children who have mental illnesses.

She said she wants to build a foundation “so that they can go to school, play and laugh together like other children.”

Pertiwi believes children are the hope for the future of Indonesia.

5. She is afraid of injections

Even if she wants to be a doctor, Pertiwi is afraid of needles.

“I am afraid when it comes to injections but brave when I inject patients,” she said. – Rappler.com