Oct 28, 2016 5:21 PM PHT
Agence France-Presse
Facebook Twitter Copy URL
Copied
Sisi's comments come at the end of a two-day 'youth conference,' an effort to reach out to young Egyptians as the country braces for austerity reforms to salvage its battered economy 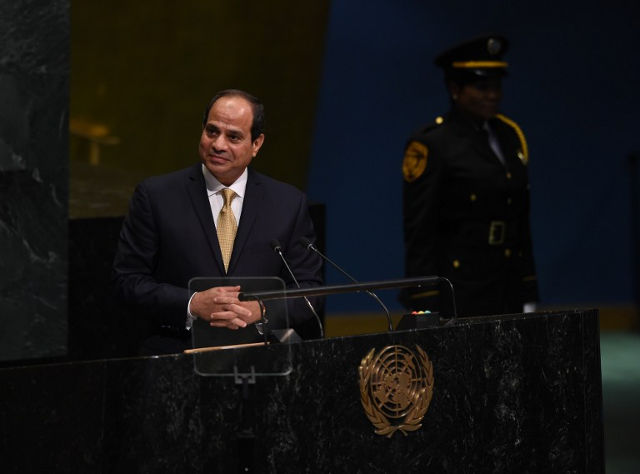 Sisi’s comments came at the end of a two-day “youth conference” on Thursday, October 27, an effort to reach out to young Egyptians as the country braces for austerity reforms to salvage its battered economy.

Reading a series of conclusions at the end of the conference, Sisi said the government would look into revising the law passed in 2013, months after the former army chief overthrew his Islamist predecessor Mohamed Morsi.

The law, which bans all but police-sanctioned protests, has been used to jail activists for up to two years.

“The government will undertake, in coordination with the relevant agencies, to study suggestions and proposals to amend the protest law,” Sisi said, before he was interrupted by applause from the audience.

Sisi laughed and said “you really love protesting,” adding that the revisions would be presented to parliament.

The committee of youths, he said, would be formed “under presidential supervision to exhaustively examine the youths detained.”

It will present its recommendations in 15 days, he said to a standing ovation.

The United Nations and rights groups had asked the Egyptian government to reconsider the protest law.

A crackdown on Islamist supporters of Morsi after his ouster saw hundreds of demonstrators killed and thousands jailed, including secular dissidents.

Jihadist attacks have since killed hundreds of soldiers and policemen. – Rappler.com