Nov 15, 2016 3:58 PM PHT
Agence France-Presse
Facebook Twitter Copy URL
Copied
Victims of murder, rape and torture under successive dictatorships before Tunisia's 2011 uprising will be heard this week as the country tries to come to terms with decades of abuse 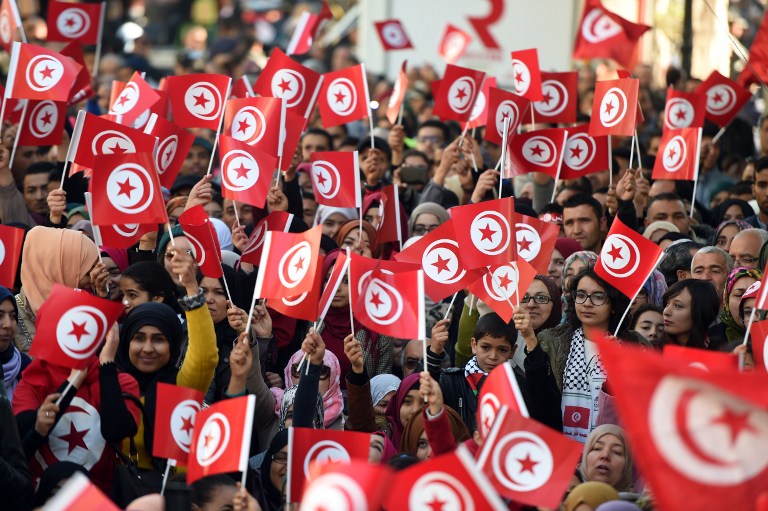 TUNIS, Tunisia – Victims of murder, rape and torture under successive dictatorships before Tunisia’s 2011 uprising will be heard this week as the country tries to come to terms with decades of abuse.

The Truth and Dignity Commission (IVD) has tracked human rights violations committed between July 1955 – a year before Tunisia gained its independence from France – and December 2013 when the fact-finding body was established.

By June this year the commission, tasked with identifying those responsible for the abuse and make them accountable as well as rehabilitate and compensate victims, had received more than 62,000 complaints, nearly a quarter filed by women.

On Thursday and Friday (November 17 and 18), dozens of those wronged will speak of the horrors they experienced in television and radio broadcasts that will be aired live from 1930 GMT.

“It will be a historic moment which our children and our grandchildren will read about in history books,” said commission head Sihem Bensedrine.

These talks will be an opportunity for “public opinion to know what happened… and to understand why these violations should never happen again,” she said.

Men and women from different political backgrounds and regions will be given a chance to testify about the abuse they suffered, Bensedrine said.

The broadcasts lasting 30 to 45 minutes each will help to “protect our country, unify it, help us reconcile and reconcile the state with society,” she added.

The black years of human rights violations in Tunisia cover the rule of Habib Bourguiba, premier between 1957 and 1987, and his successor Zine El Abidine Ben Ali who was ousted in the 2011 Arab Spring revolt.

The slew of complaints which the commission received include torture, arbitrary detentions, physical abuse and violations of freedom of speech.

Women complained of sexual abuse, until now a taboo topic in the North African country.

Ibtihel Abdellatif, who heads the women’s section at the commission, said the IVD team of investigators travelled nationwide, visiting remote villages to urge women to speak out.

When the IVD launched its work in December 2013, just 5% of those who filed complaints were women. But by the time it wrapped up its investigation that figure had jumped to 23%.

The panel, which comprises human rights activists and representatives of victims, heard 11,000 women victims tell the stories behind closed doors.

In principle, it had full access to state archives and its remit covers violations of human rights – notably voluntary homicide, rape, extrajudicial executions and torture – by “state bodies, groups or individuals acting in its name or under its protection”.

But the work of the panel, one of the first bodies set up under a Transitional Justice Law passed in 2013, has been long, painful and rife with challenges.

“Detractors of transitional justice, those who did not want to break with the past in 2011, are still at work” to this day, Antonio Manganella of the watchdog Lawyers Without Borders (ASF) has said.

“There is still a lot of reluctance from some state institutions to cooperate with the IVD,” Manganella, who heads the ASF office in Tunisia, has said.

“Transitional justice is an opportunity… an extremely powerful tool to avoid going backwards.

“The most important, and probably most difficult, challenge to achieve is to avoid that history repeats itself,” he said. – Rappler.com