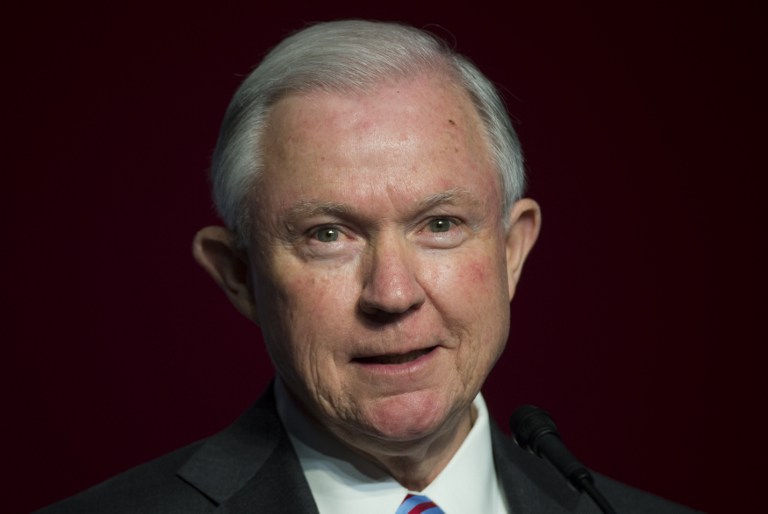 Anti-immigration Senator Jeff Sessions, one of Trump’s earliest supporters during the campaign, has been nominated to be attorney general, signaling Trump is prepared to take his hard line on illegal immigration into the White House.

To lead the CIA, Trump tapped hawkish congressman Mike Pompeo, a strident opponent of the Iran nuclear deal and a sharp critic of Trump’s campaign rival Hillary Clinton during the hearings into the 2012 attack on the US mission in Benghazi, Libya.

“I enthusiastically embrace President-elect Trump’s vision for ‘one America,’ and his commitment to equal justice under law,” said Sessions, a 20-year veteran of Congress.

Trump described Sessions in the statement as having a “world-class legal mind.”

While his picks suggest he is adhering to far-right positions, Trump made efforts to send reassuring signals about stability and continuity regarding America’s place in the world.

NATO chief Jens Stoltenberg said Friday he had a “good talk” with Trump by telephone, telling Agence France-Presse in Brussels he was “absolutely confident” that the incoming president remains committed to the transatlantic alliance.

Pompeo, 52, said he would be “honored and humbled” to head the Central Intelligence Agency.

The Kansas lawmaker co-authored a report slamming then-secretary of state Clinton’s handling of the Benghazi attack, in which the US ambassador to Libya and 3 other Americans died.

Deeper controversy surrounds Trump’s national security adviser Flynn, 57, who is set to play an influential role in shaping policy for a president with no experience in government or diplomacy, including how to contend with an increasingly aggressive Russia.

And he has refused to rule out enhanced interrogation techniques like waterboarding, which have been described as torture and which Trump repeatedly condoned while campaigning.

Flynn’s hardline stance on Islamic extremism has rankled many. In February, he tweeted that “fear of Muslims is rational.”

He is highly respected as a decorated military intelligence officer who helped combat insurgent networks. But President Barack Obama fired him as head of the Defense Intelligence Agency in 2014 following complaints about his leadership style.

Flynn’s appointment does not need approval from the Senate.

But that of Sessions as attorney general does, and he has baggage: racially charged comments he made in the 1980s and which once cost him a chance for a job for life as a federal judge.

Back in 1986, Sessions said that a prominent white lawyer was a “disgrace to his race” for defending African-Americans.

He also reportedly joked about the Ku Klux Klan, saying he had thought its members were “OK, until I found out they smoked pot.”

Sessions has also been a fiery opponent to immigration, waging war on efforts to pass comprehensive immigration reform through Congress in 2007 and 2013.

Senator Chuck Schumer, who will be the chamber’s top Democrat come January, warned that Sessions could have a confirmation fight on his hands.

“Given some of his past statements and his staunch opposition to immigration reform, I am very concerned about what he would do with the Civil Rights Division at the Department of Justice,” Schumer said.

Congressman Adam Schiff, the top Democrat on the House Intelligence Committee, praised Pompeo as “bright and hard working” but noted he had strong differences with the nominee, “principally on the politicization of the tragedy in Benghazi.”

The appointments came a day after the president-elect met with a foreign leader for the first time: Japanese Prime Minister Shinzo Abe.

Some US allies have been rattled by Trump’s campaign comments that questioned whether he would maintain US loyalty to joint security arrangements and free trade accords.

Abe said after their New York meeting that he could have “great confidence” in Trump as a US leader.

Trump on Friday left the Big Apple behind for his exclusive golf club in Bedminster, New Jersey just as news broke that he has reached a $25 million settlement in class action suits that saw his now-defunct Trump University accused of fraud.

The case had been a cloud over his campaign for months, and the deal spares him the embarrassment of further legal wrangling as he forms his government.

On Saturday, November 19, Trump meets with one of his most vocal Republican Party critics: Mitt Romney. (READ: Signs of infighting as Trump weighs key posts)

The moderate, failed 2012 presidential candidate would be a long-shot choice for secretary of state, alongside former New York mayor Rudy Giuliani.

If chosen, Romney would bring a more orthodox Republican worldview to foreign policy. In 2012, he described Russia as the top geopolitical threat – a sharp contrast to Trump, who has exchanged compliments with Putin.

Romney had described Trump as a “fraud,” rebuking the tycoon for proposals such as banning the entry of all foreign Muslims. – Rappler.com