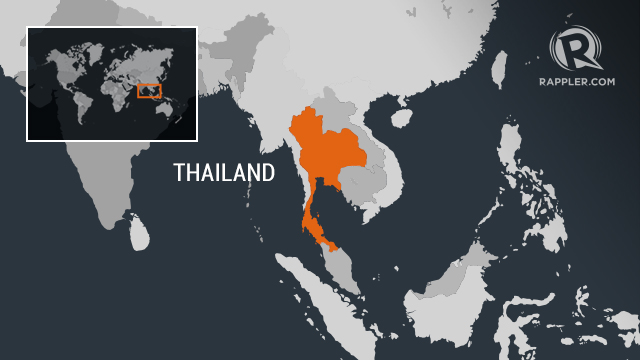 BANGKOK, Thailand – A Thai court handed a conwoman a 150-year sentence on Friday, November 18, for a cascade of offenses including defaming the royal family by trumping up connections with the monarchy to solicit cash.

Kramonthas Thanathornkositcheera, 62, will serve the maximum of 50 years in jail allowed under Thai penal law after pleading guilty to scores of charges including 29 counts of royal defamation.

The Thai monarchy is protected by one of the world’s toughest lese majeste laws.

She made promises that donations would be rewarded with palace favours in a country where the monarchy holds great prestige and powers of patronage.

Kramonthas told her victims that the favours would flow “if they donated money for merit-making with royal family,” the prosecutor told the court.

To back up her elaborate claims she falsified royal household documents and pretended palace officials attended a birthday bash she threw for herself.

“The defendant was given a total 150 years in jail,” said the prosecutor – who was not named in court documents seen by AFP.

The prosecutor explained she will serve the legal maximum of 50 years after pleading guilty.

Kramonthas is half-sister to Monta Yokrattanakan, better known as ‘Ying Kai’, who is awaiting trial over royal defamation and human trafficking charges.

Her case has seized Thai headlines but remains shrouded in mystery like many alleged royal defamation crimes.

The monarchy is a highly sensitive issue in Thailand, with the law and social opprobrium swiftly brought down on anyone deemed critical of the institution.

All media based in Thailand must self-censor to avoid falling foul of the broadly worded law.

The death of Thailand’s revered King Bhumibol Adulyadej on October 13 at the age of 88 plunged the country into intense mourning.

The country’s ruling junta has vowed to double down on criticism of the monarchy.

Even palace or well-known establishment figures have fallen foul of the royal defamation law in recent years.

A famous Thai fortune teller was arrested in October last year and charged with improperly using his connections with the monarchy to make money.

He died in military custody in November last year. Doctors said he succumbed to blood poisoning.

A senior police officer also arrested in connection with the same case was found hanged in his cell.

Among others accused of using connections with the monarchy to make money are more than half a dozen relatives of the Crown Prince’s former wife, Princess Srirasmi, who have been jailed in closed court proceedings. – Rappler.com