Nov 22, 2016 9:59 AM PHT
Agence France-Presse
Facebook Twitter Copy URL
Copied
The government and leftist FARC rebels are closer than they have ever been to sealing a historic peace accord, but violence appears to have resurged in places as that deal has faltered 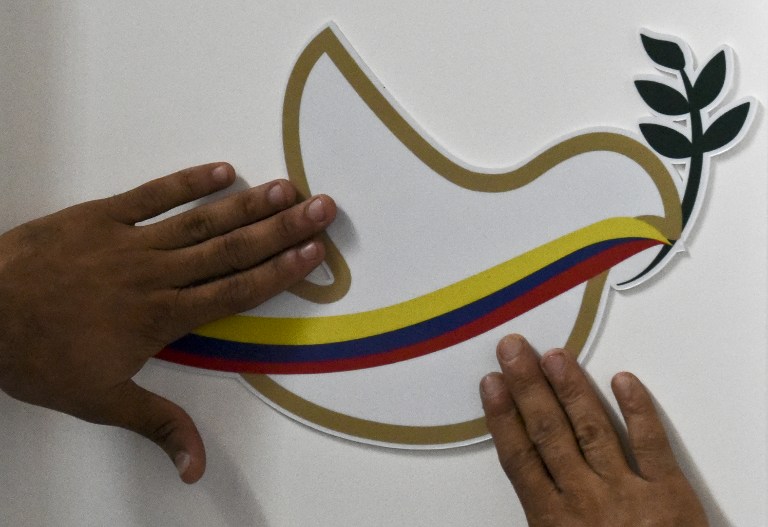 The government and leftist FARC rebels are closer than they have ever been to sealing a historic peace accord, but violence appears to have resurged in places as that deal has faltered.

Observers from the Organization of American States said Sunday, November 20, that civil organizations in conflict areas reported 33 of their leaders killed this year, including several in recent days.

Just over a week ago, Colombia’s government said it had drawn up a revised peace deal to end the 52-year civil war with the FARC leftist rebels.

But remnants of right-wing paramilitary groups who took part in the many-sided conflict are said to remain active.

“A new genocide is taking place against civil and rural leaders,” the FARC said in an open letter to President Juan Manuel Santos on Monday.

It said three such victims had been killed and two other “attacks” launched in the past two days alone.

The FARC described them as “selective, politically-motivated killings” by parties opposed to the peace process.

That was an apparent reference to the right-wing armed groups and their supporters.

Voters rejected an earlier version of the peace plan in a referendum last month.

Opposition to that accord was led by conservative former president Alvaro Uribe.

The government hopes with Uribe’s backing to bring the new agreement into force quickly.

A two-way ceasefire between the government and FARC has been in force since August. But the sides have warned it is fragile.

The FARC called in its letter Monday for the immediate application of security guarantees in the planned peace accord to protect people in conflict zones.

Santos vowed on Twitter “to take action against crimes and attacks on social leaders.”

Fears for the ceasefire had already risen last week when two FARC guerrillas were killed in what authorities said was a clash with the army.

Meanwhile FARC officials who had participated in negotiations in Cuba converged Monday in Bogota with group leaders from around Colombia, for meetings on implementing the agreement, the rebels said on Twitter.

The Colombian conflict started in 1964 when the FARC formed to fight for land rights for rural communities.

It has since drawn in various left- and right-wing armed groups, state forces and gangs.

Recent efforts by the government to start talks with the second-biggest rebel group, the leftist ELN, have failed due to disputes over hostages.

The conflict has killed 260,000 people, according to authorities.

Another 60,630 people – or one every eight hours – have gone missing during the last 45 years of conflict, a report by the National Center for Historical Memory (CNMH) said Monday. – Rappler.com