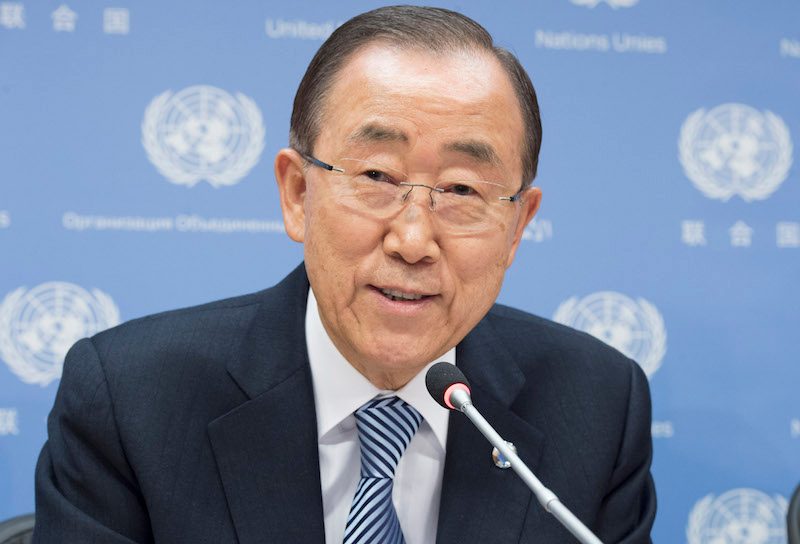 UNITED NATIONS – Ban Ki-moon left the door open to possibly running for president of South Korea in his final press conference as United Nations secretary general, noting that the country is “in turmoil”.

Ban, a South Korean citizen who leaves his current post at the end of the year, was at first evasive when asked Friday, December 16, about his political future.

“I am still the Secretary-General. I still have 15 days to go,” Ban said.

But after leaving the UN the 72-year-old plans to take a rest, then go to South Korea and “try to meet as many people as possible, which may include political leaders and leaders of the community, societies and my friends.”

“I will really consider seriously how best and what I should and I could do for my country,” he told reporters, noting South Korea is “in turmoil”.

Lawmakers on December 9 voted to impeach Park over a corruption scandal, opening a new period of national uncertainty.

Ban said that he understood “the aspiration of people for a new type of inclusive leadership,” and suggested that “social integration, reconciliation and much more mature democratic institutions” could help.

Ban, a former South Korean foreign minister who was widely believed to be angling to run for the presidency, was expected to run in elections next year as the leader of Park’s party. The scandal however may have derailed his plans.

“I can understand and share the anxiety of people” about the country’s future, he said Friday.

“I know that they don’t want to lose the hard-earned democracy and the economic development,” which transformed South Korea “from a recipient country to a global donor. That is one pride that the Korean people have.”

Nevertheless, Ban said, “I’m confident that the Korean people, with their resilience and very mature democratic institutions … will be able to overcome these difficulties soon.” – Rappler.com